A monument similar in appearance to the structures in Utah and Romania, was installed at the top of Atascadero’s Pine Mountain.(Gary Lyons via Storyful)

LOS ANGELES - Last month, a mysterious silver monolith garnered widespread attention after it vanished from a remote area in Utah. Another similar structure appeared in Romania, but also later vanished. Hundreds of people have come out to see the gleaming — almost otherworldly — objects, and now, a third mysterious monolith has appeared in California.

On Wednesday morning, a monument similar in appearance to the structures in Utah and Romania, was installed at the top of Atascadero’s Pine Mountain.

According to the Atascadero News, dozens of local hikers made the trek to the top of Pine Mountain to wonder at the 10-foot-tall, 18-inch-wide object.

“Unlike its Utah sibling, the Atascadero obelisk was not attached to the ground, and could be knocked over with a firm push. The Atascadero News estimates it weighs about 200 pounds,” the news outlet reported.

"There is currently a monolith at the top of Pine Mountain in Atascadero," Connor Allen, a news correspondent for the Paso Robles Press and Atascadero News, tweeted Wednesday, providing photos of the strange structure.

Gary Lyons, who runs and hikes on Pine Mountain regularly throughout the week, said he encountered the object Wednesday morning and that it was not present the day before. 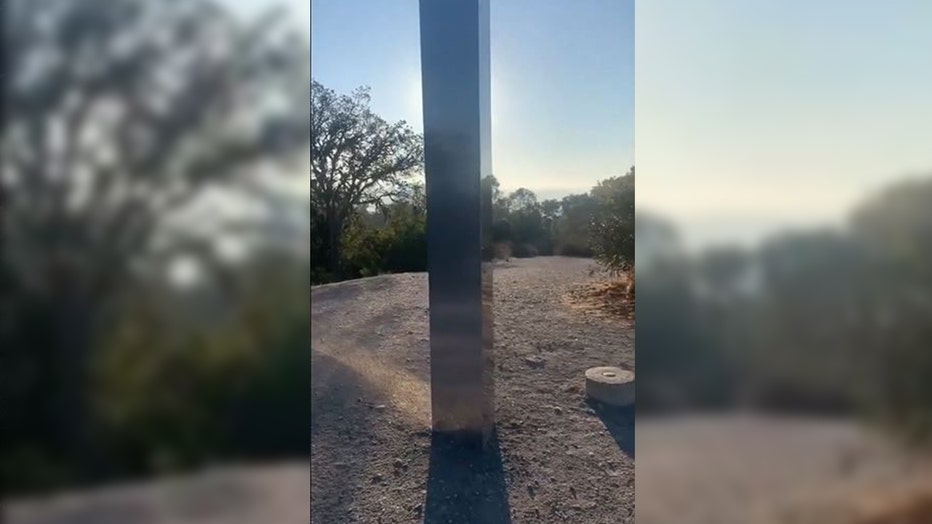 On Wednesday morning, a monument similar in appearance to the structures in Utah and Romania, was installed at the top of Atascadero’s Pine Mountain.

The third structure of its kind has led people to question the reasoning behind the erection of the silvery monuments — is it a clever marketing stunt, aliens, or something else?

Late last month, the first such monolith vanished from a remote area of Utah. Police in the area said they wouldn’t be opening a major investigation into its disappearance.

The structure was first spotted Nov. 18 in a remote area of red rock by state helicopter crews helping wildlife biologists count bighorn sheep. It was about 11 feet tall with sides that appeared to be made of stainless steel. Its creator remains a mystery.

A Nov. 23 statement from the Utah Department of Public Safety said officials had "no obvious indication" of who might have put it there.

The mystery of the silver monolith in Utah

As soon as it was discovered, the mysterious silver monolith in Utah was gone.

But as soon as it was discovered, it disappeared. On Nov. 28, the Bureau of Land Management in Utah said in a statement that the object had been removed from the area “by an unknown party.”

A user on Instagram, Ross Bernards, said he visited the monolith on the evening of Nov. 27 to take some photos of the mysterious object, and he witnessed four men dismantle the structure and carry it out with a wheelbarrow.

“They quickly broke it apart and as they were carrying to the wheelbarrow that they had brought one of them looked back at us all and said ‘Leave no trace,’” Bernards wrote in an Instagram post recounting the moment.

The local San Juan County Sheriff’s Office said it wouldn’t investigate the taking of the object, which was illegal to begin with because it was placed without permission amid red rocks on a remote section of public land.

Shortly before the vanishing of the Utah monolith, a monolithic structure was installed on Batca Doamnei Hill in Romania on Nov. 26. 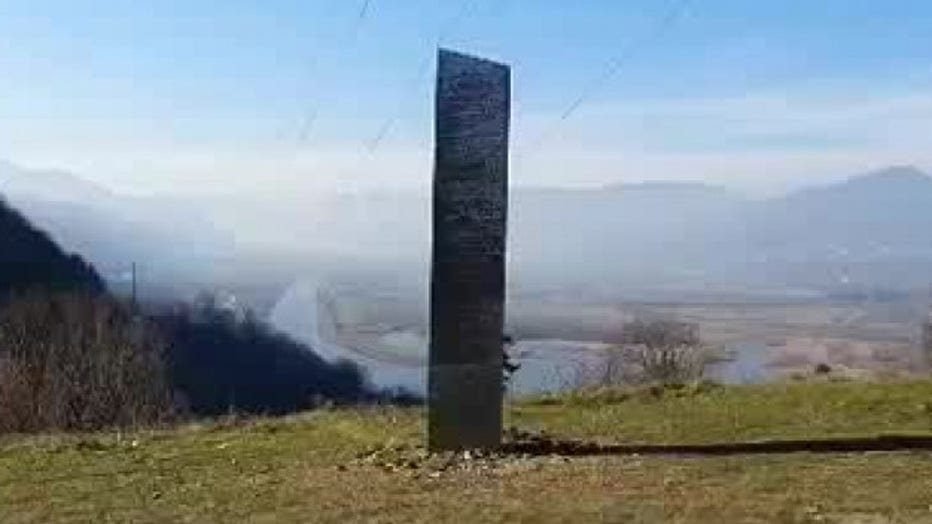 “There was no visible evidence of how the object got to the top of the mountain, but daily hiker Ray Johnson said it was not there on Tuesday,” the Atascadero News said.

According to a report by Reuters, the Romanian monolith disappeared four days later.

"The 2.8 metre (9ft) tall structure disappeared overnight as quietly as it was erected last week," journalist Robert Iosub of the Ziar Piatra Neamt local newspaper told Reuters. "An unidentified person, apparently a bad local welder, made it ... now all that remains is just a small hole covered by rocky soil."

Kelly Taylor Hayes and the Associated Press contributed to this story.