The travel times could reportedly be reduced between New York and London in as little as three hours and 15 minutes.

According to the company, founded in 2014 by Blake Scholl, its vision is to bring families, businesses, and cultures closer together through supersonic travel and make the world dramatically more accessible.

In fact, the travel times could reportedly be reduced between New York and London in as little as three hours and 15 minutes.

"The first generation of Overture aircraft will travel at speeds twice as fast as today’s fastest passenger airplanes. As we continue to improve our technology future generations of our airplanes will fly longer, faster, and for less money. We see a future where the fastest flight is also the cheapest, and there’s no reason to take a slow plane," a spokesperson with Boom Supersonic told FOX Television Stations.

There have been no supersonic commercial flights in the U.S. since June of 2003 when Air France and British Airways retired their fleet of Concorde aircraft which traveled between London or Paris and New York.

According to FOX News, the airlines cited falling passenger numbers for ending the service. The average round-trip price was $12,000 per seat.

Skeptics argue these new aircrafts will also likely be reserved for high-income, wealthy individuals, but the company said it hopes innovation will drive the costs down. 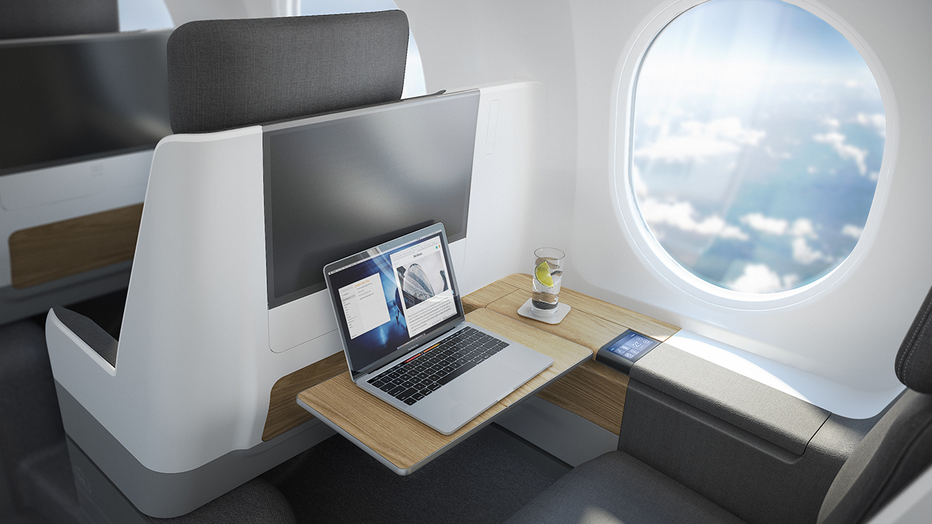 "Overture, our airliner, is a launchpad for our commitment to making supersonic flight mainstream—leveraging improvements in technology, sustainability, and passenger experience," the spokesperson said. "While tickets on the first generation of Overture will be similar to business class today, and each airline will set their own prices. Over time, innovation will drive costs down, making tickets far more affordable and providing even greater access to supersonic travel."

In addition, Boom Supersonic plans to accommodate the use of 100% drop-in sustainable alternative fuels (SAF).

"We believe travel is fundamentally a good thing for humanity, and we want people to travel more often without worrying about adverse effects on the planet," the spokesperson continued. "We set an ambitious goal that the Overture fleet be net-zero carbon from day one and capable of running on 100% sustainable alternative fuels. As a young and independent company, we’ve been able to make sustainability a foundational principle. We incorporate environmental considerations into everything we do."

Boom Supersonic hopes to start doing testing of the Overture fleet in the mid-2020s and have passengers on its fastest flight in the world by 2030.

In January, the U.S. Department of Transportation (DOT) and the Federal Aviation Administration (FAA) issued a final rule to streamline approval for supersonic flight testing in the United States.

The rule clarifies the information that companies need to gain FAA approval to conduct flight testing at speeds greater than Mach 1.