The couple received a rude flyer at their home.

HADDONFIELD, N.J. - A New Jersey couple is reeling after their holiday spirit was crushed when they were shamed for their decorations.

The Beatty family received a nasty flier that detailed numerous ways in which their decorations were found lacking, including a "lack of neat, organized and/or classy Christmas lighting" and "fake and lazy" decorations.

In their front yard, a holly tree was decorated with blue tape LED lights but Tom Beatty told FOX 29's Shawnette Wilson that he turned off the lights once they received the letter. 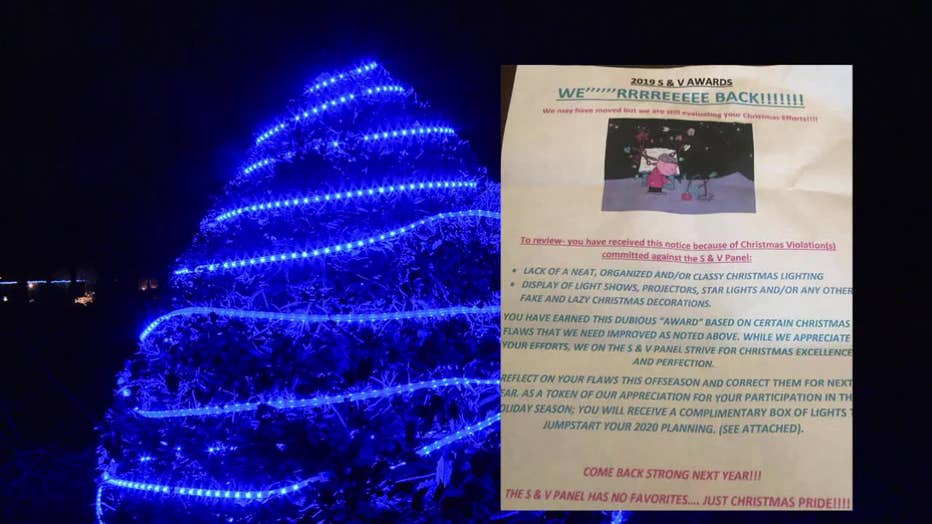 "Right before Christmas it really put a damper on our spirits," he said. Beatty said the lights were all they could do this year as they struggled to get into the holiday spirit.

The Beatty family uses the blue lights too honor his father who was a NYC policeman, but this year he and his wife had fallen on hard times.

"One of our cats that was very close to us disappeared and kind of went on his way. She's missing that and her dad had a heart attack over the summer." Tom says decoration shaming isn't what they expected in the Haddonfield neighborhood they lived in for about 20 years.

The letter told them that while their efforts were appreciated, the Beatty family was urged to "reflect on your flaws this offseason" and to "come back strong next year". 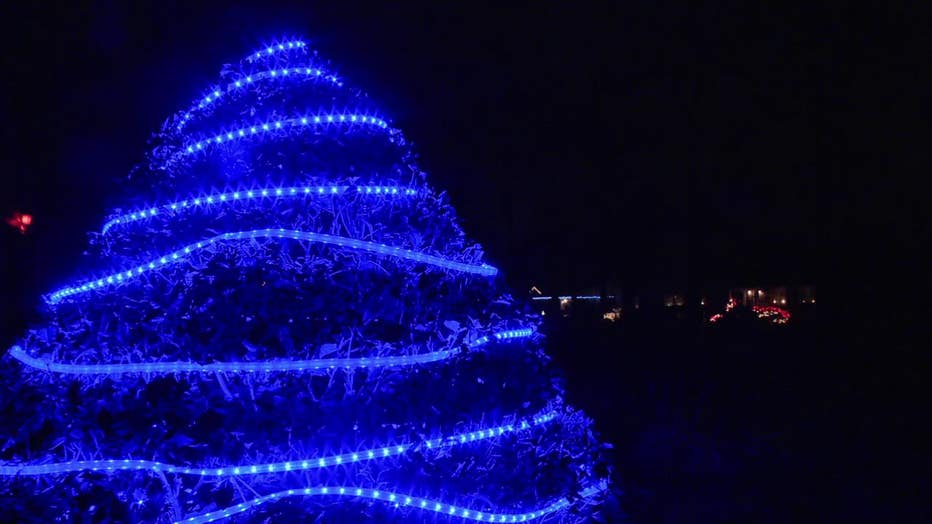 Beatty explained that the note also included a picture of Charlie Brown with his head hung in shame. To make an upsetting situation even worse, the person also left a box of 100 lights while urging them to try again next year.

"It made us really, really sad,” he said.

The family has since filed a police report about the note.