Firefighter on Thursday battled a large fire that engulfed heaps of trash at a Philadelphia junkyard. Thick black smoke from the fire billowed high above the Philadelphia skyline.

Crews were called to Aramingo Avenue and Wheatsheaf Lane about 4:30 in the afternoon. They were met with heavy flames.

Plumes of thick, black smoke could be seen billowing across the river and into New Jersey by drivers along northbound I95. 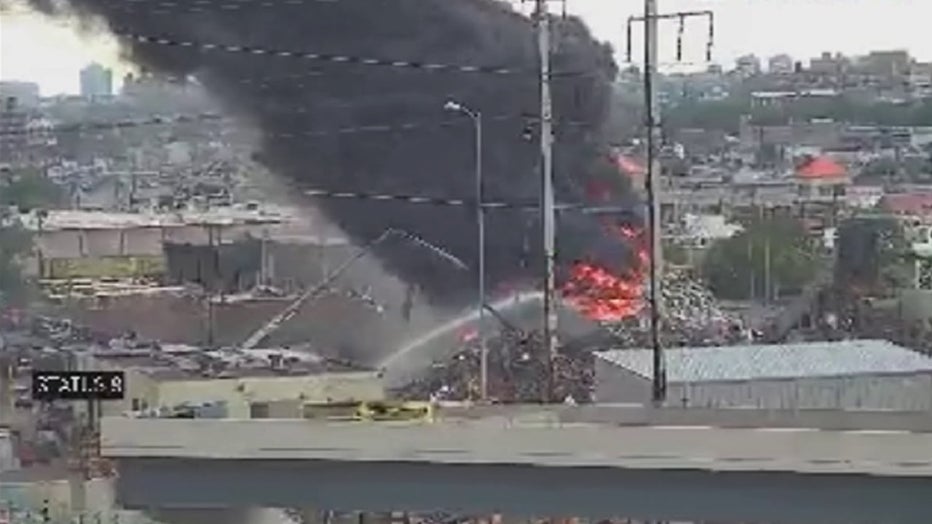 A PennDOT camera also managed to capture the flames as the fire raged. 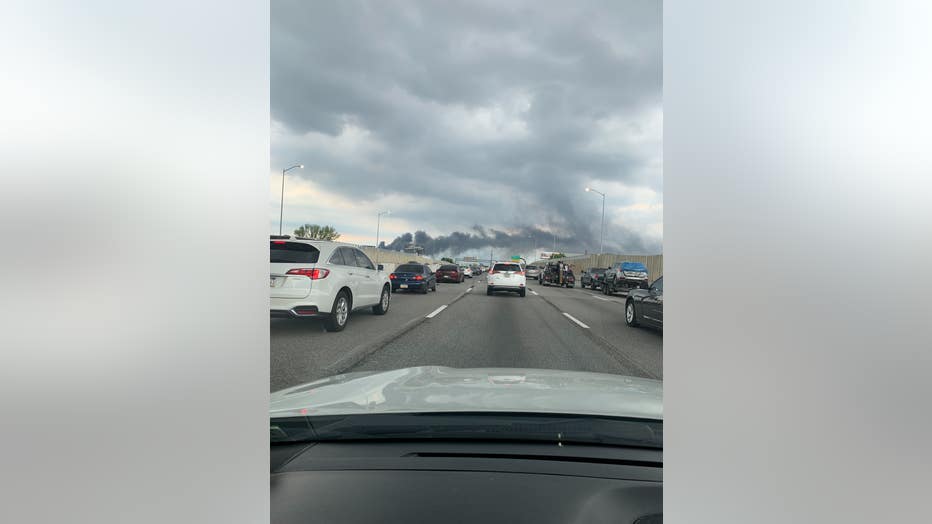 Firefighters were able to bring the blaze under control just after 5:30 p.m. There is no word on any injuries or a cause of the fire.

In response to the fire, the Philadelphia Department of Public Health issued a warning to residents in the surrounding area of the fire. Health officials advised people should avoid the area or stay indoors.

No specific hazardous substances were found, but health officials urged the precautions, just to be safe.