Another carjacker fled in a dark colored SUV.

NICETOWN - A man is dead after what police say was an attempted carjacking in Nicetown.

One of the two men went into the convenience store, while the other remained outside. It was then, authorities say, two men pulled up in a dark SUV and attempted a carjacking.

The man inside the store came outside, saw the two men and began to fire a gun, according to officials. 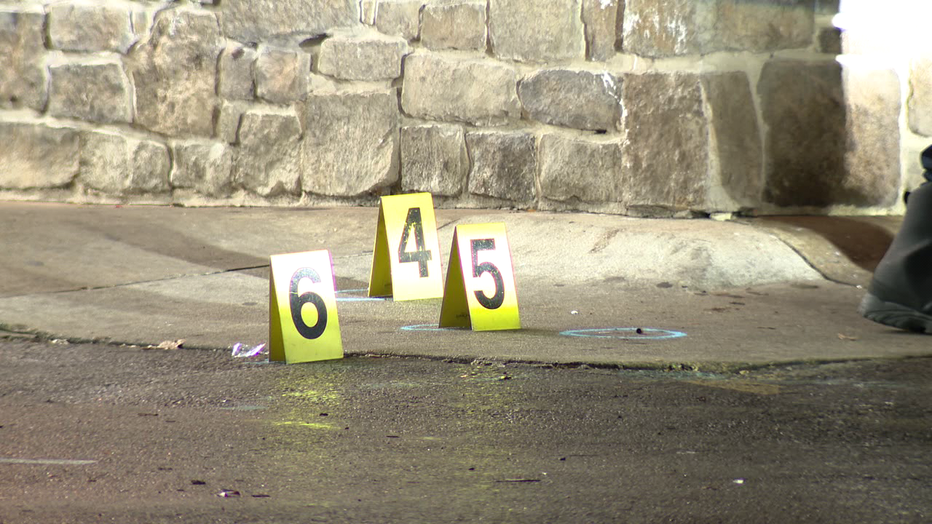 Markers representing shell casings found at the scene of what police was at attempted carjacking in Nicetown.

The two men with the dark SUV reportedly returned fire. One of the two men was hit once in the chest.

That man was transported by police to Temple University Hospital where he was pronounced dead.

Investigators say the other man reportedly fled the scene in the dark SUV.

The man who saw the attempted carjacking and fired a weapon was said to be licensed to carry a gun.