A Philadelphia man who spent the past 21 years in prison following a wrongful conviction is ready to put it all behind him.

PHILADELPHIA - A Philadelphia man who spent the past 21 years in prison following a wrongful conviction is ready to put it all behind him.

Wednesday morning, that meant removing a small tattoo on his forearm.

In 1998, Terrance Lewis was sentenced to life behind bars for second-degree murder. The then 17-year-old was convicted of taking part in a robbery that resulted in a man dying in West Philadelphia.

Despite the accusation, Terrance always maintained his innocence as witnesses changed their stories and evidence that would have been helpful to his case was never shared with his attorney.

MORE: Local man and wife fight for his freedom

This past May, the former juvenile lifer’s conviction was overturned and Terrance is a free man. 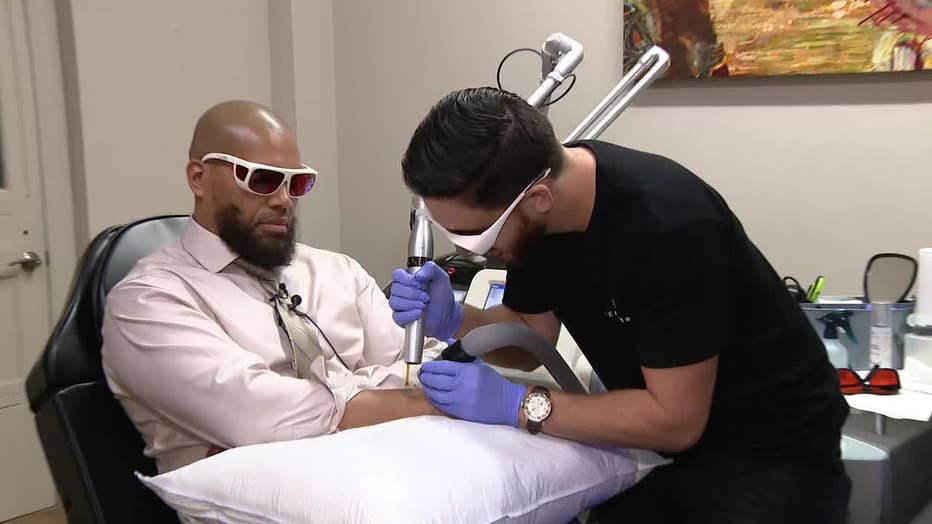 “Not only do I have a new outlook and vision towards life, another bite at the apple, at life, I want to also have the look,” Terrance explained. “I’m getting this tattoo removed, and a fresh start.”

Terrance plans to go back to school and pursue a career in criminal justice.