(FOX NEWS) -- A third-year veterinary school student in Alabama was arrested Saturday after allegedly promising to care for rescue horses but instead selling them to slaughterhouses in Mexico.

Fallon Blackwood, 24, was taken into custody at a rodeo in Blount County, Ala., three months after she was indicted on 13 counts for bringing into the state property obtained by false pretense elsewhere.

The 24-year-old was also arrested at a veterinary school in Macon County, Ala. eight months ago on an outstanding North Carolina warrant on similar charges, according to the Birmingham News.

Blackwood is accused of telling owners of older horses that she would take their horses to live on her farm in Boaz, Ala., according to the criminal complaint obtained by FOX 5.

The owners say that, instead, Blackwood sold the horses to slaughterhouses in Mexico for meat. They were prompted to file complaints with authorities after Blackwood could not account for their horses.

"They suffered a death that they didn't deserve," former Georgia resident Lisa Rudolph told FOX 5. "And I think they were slaughtered."

After reviewing Blackwood's credentials as a third-year student at Tuskegee College of Veterinary Medicine in 2017, Rudolph gave her a horse named Cocoa and a mini-mule named Tibby. Her understanding, as she explained to FOX 5, was that she would retrieve them after she finished her move to Florida. She never saw her horses again.

"I would never have given my animals to anybody had they not represented what she represented," Rudolph told FOX 5. "It was all deceptive and a lie. I'm hoping that now justice will be done."

Blount County District Attorney Pamela Casey would not confirm to FOX 5 if the horses were brought to Mexico, but acknowledged that the hoses were most likely not alive.

"I have lots of animals," she told the station. "And I can see if you thought someone was taking an animal to rehome it and found out later that something else happened that you'd be upset."

After her arrest on Saturday, Blackwood was out on bail.

Tuskegee told FOX 5 it would not comment on her status due to privacy laws, but students told the station she was seen back on campus and is expected to graduate in May. 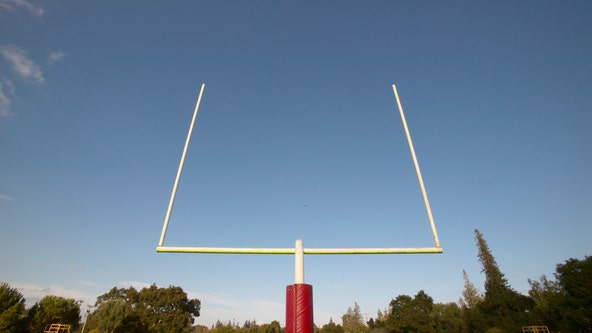