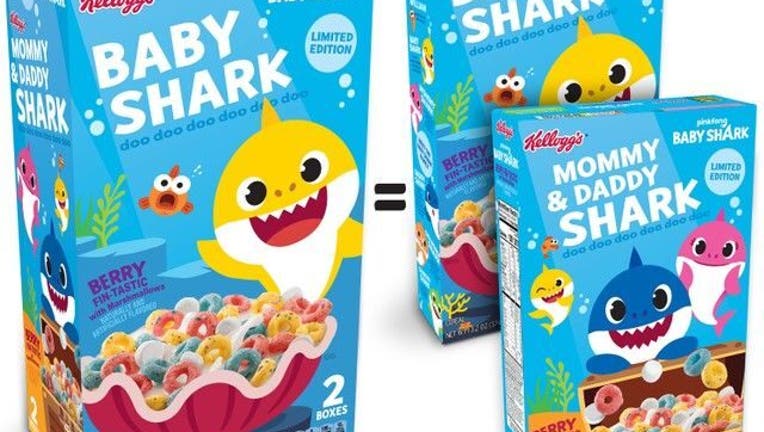 (FOX BUSINESS) -- There’s a new cereal in town for every parent enduring the endless singing of the viral "Baby Shark" tune.

“Baby Shark,” known for its catchy tune, will soon be sold as a cereal through retail stores like Sam’s Cluband Walmart.

According to a press release, Kellog’s marketing director Erin Storm  said it “was created to expand on the joy families feel in a tasty way.”

Delicious smoothie with fruits and veggies for However You Healthy.

Kellogg’s joins Nickelodeon in marketing everyone’s favorite shark. The children’s network is working on an animated TV series for the phenomenon.

The sugary cereal hits store shelves at Sam’s Club on Aug. 17 and Walmart in September.

Get updates on this story from FOX Business.