What had originally appeared to pit racial injustice protesters against city officials who were determined to prevent damage to the historic Boardwalk unfolded peacefully.

While about a dozen demonstrators rallied on the Boardwalk, about a half-mile away, volunteers for the city painted the words “Black Lives Matter” in bold yellow on Martin Luther King Jr. Boulevard.

Speakers at the rally included Gwen Carr, the mother of Eric Garner, who died while being subdued by police in New York City for selling untaxed cigarettes. His dying words, “I can’t breathe,” have become a rallying cry.

“They say enough is enough of the marching,” Carr said, “but they’re still killing us. We have to make America uncomfortable because they have made us uncomfortable.” 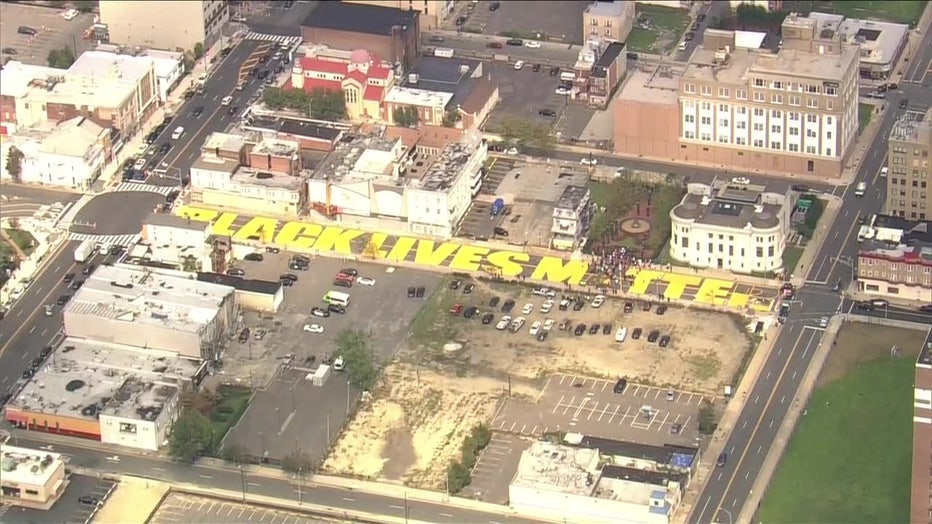 Steve Young, a community activist who had announced plans for a protest in front of Boardwalk Hall, in which the words “Black Lives Matter” would be painted onto the wooden walkway, had said Thursday no one would try to do so.

“This city truly understands the Black Lives Matter movement,” said Mayor Marty Small, who is Black and who had announced plans earlier in the week for the city to co-opt the event in order to spare the Boardwalk. “In order for all lives to matter, Black lives need to matter.”

There have been three racial justice demonstrations in Atlantic City this year. The first, on May 31, was followed by theft and property destruction for which about 100 people were charged. A second on June 6 was peaceful.

Young organized a July Fourth protest as the casinos were permitted to reopen after more than three months of being shut because of the coronavirus pandemic. He was among seven people arrested when marchers tried to block the entrance of the Atlantic City Expressway, the main route to the city and the casinos that are its lifeblood.

The city is trying to strip Young of two city posts he holds as a consequence of the July protest, whose stated goal was to “shut the city down.”