Community steps up to help teen get new bike after theft

FOX 29's Bruce Gordon shares the story how a Delaware County community stepped up to help a local teen.

FOLCROFT, Pa. - A Delaware County community stepped up to help a teen get a new bike after his was stolen outside a pizza shop.

One of Brian Himes' favorite customers at his Italian Style Pizza & Pasta shop is a 17-year-old aspiring chef named Charly Spor. The teen lost his dad back in January and stepped up to become the man of the family for his mom and three siblings.

“He would come up, pick up pizzas on his bicycle, and then he would duct tape them to his bike to take it home," Hines told FOX 29.

A little over two weeks ago, Spor was making a pizza run on a brand new bike, which he parked out front when it was stolen.

“He couldn’t of been in here more than three or four minutes before he noticed that the bike was taken," Hines explained. 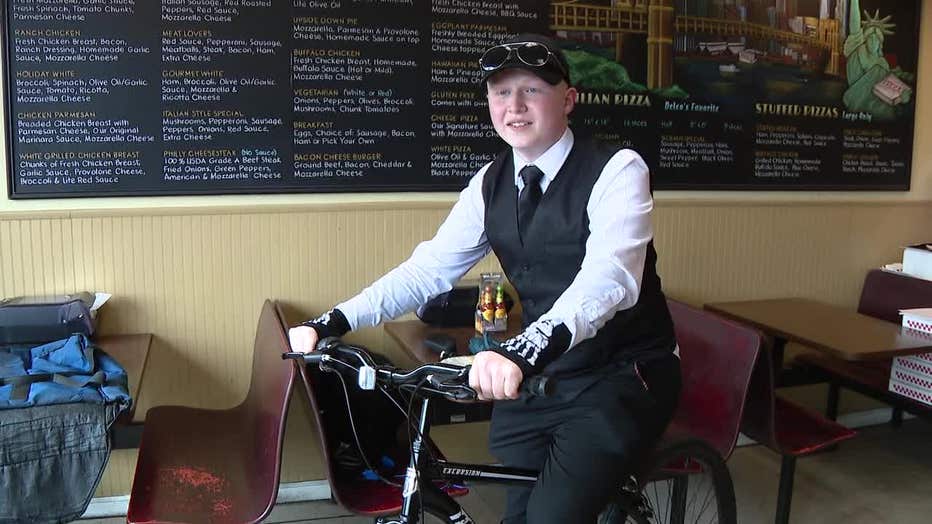 Hines posted news of the theft on his restaurant Facebook page and the Folcroft community responded big time. They raised $140 in a heartbeat, plus 60 from Hines.

On Thursday afternoon, Spor stopped by the pizza shop after school and learned of his present, which was a brand new mountain bike. The bike will get him back and forth to school and to a part-time job at a rival pizzeria.

“It’s way better than any bike I’ve ever had before," he said. “I really want to thank them.”

Hines was born and raised in Folcroft and has run the shop for three years. In the grand scheme of things, a new bike for an old friend is no big deal. Except when it symbolizes all that’s right about a tightknit community, where people come together to help others in need.