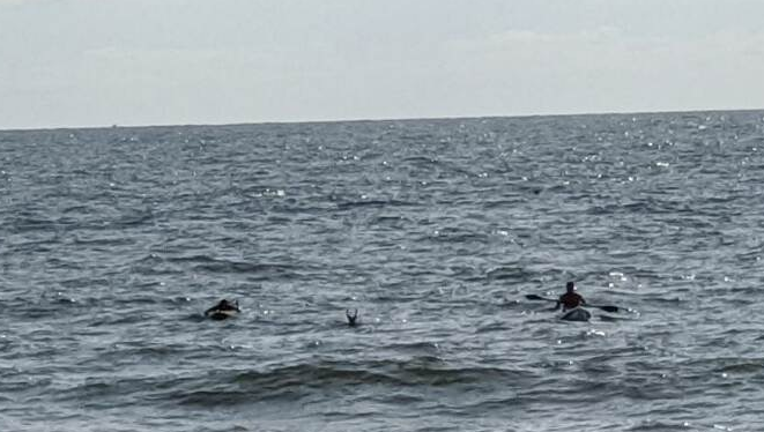 LONG BRANCH, N.J. - Emergency responders on land and in the water helped rescue a deer that got stuck in the ocean off a New Jersey beach.

The deer was spotted Thursday morning in the water near Rooney’s Oceanfront Restaurant, Long Branch police wrote on Facebook.

Two members of the city’s beach rescue team on personal water craft and two lifeguards on paddle boards headed into the surf, while police officers and an animal control supervisor on land helped coordinate the rescue.

“We are happy to report that the deer survived his swim unharmed,,” police wrote. 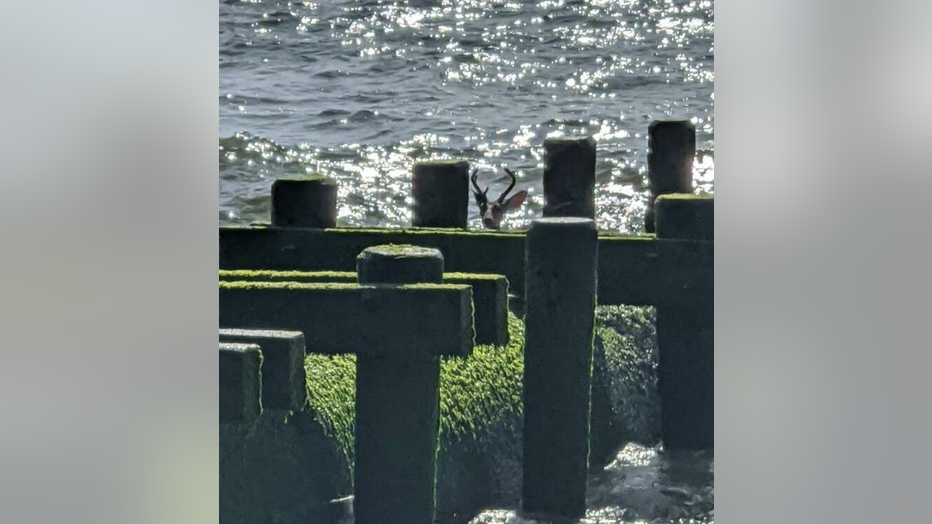 The deer did not show any sign of being injured.

Police wrote it’s “a great reminder to only swim when a lifeguard is present!”