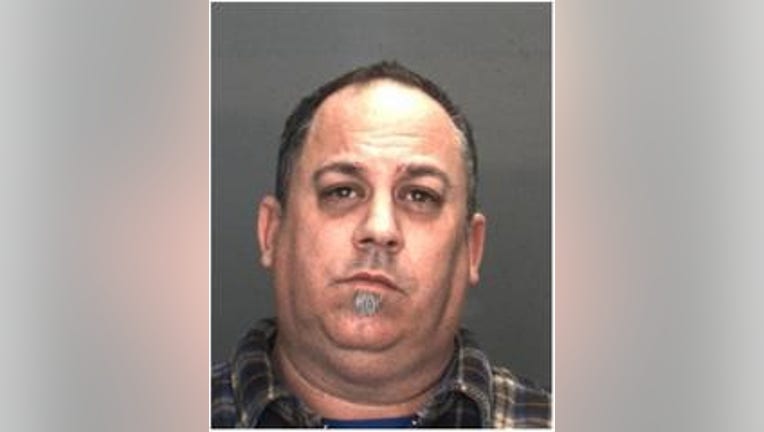 Deputies from the Victorville Police Department said they received information about the alleged crimes on January 16 and immediately began to investigate the claims. The investigation led to the arrest of 46-year-old Timothy Carl Lawrence.

The police department said that on January 17, the investigation led them to a home in Barstow. Investigators interviewed Lawrence at the residence and determined that he had been involved in recent incidents at that location involving a minor and a dog.

"As the investigation continued, deputies learned Lawrence and an adult female, who is now living in another state, were involved in additional sexual acts with a minor," Victorville Police said in a press release. "That portion of the investigation is ongoing, and deputies are not releasing information about the female subject at this time."

Lawrence was arrested for lewd and lascivious acts with a child under 14 and sexual assault on an animal and is currently being held at High Desert Detention Center with bail set at $255,000. He is scheduled to appear in Victorville Superior Court on March 12 at 8:30 a.m.

Investigators believe there may be additional victims and released his image in hopes that other victims may see it and come forward.

Anyone with information about this investigation was asked to contact Deputy V. Quezada at the Victorville Police Department at 760-241-2911 or Sheriff’s Dispatch at 760-956-5001.