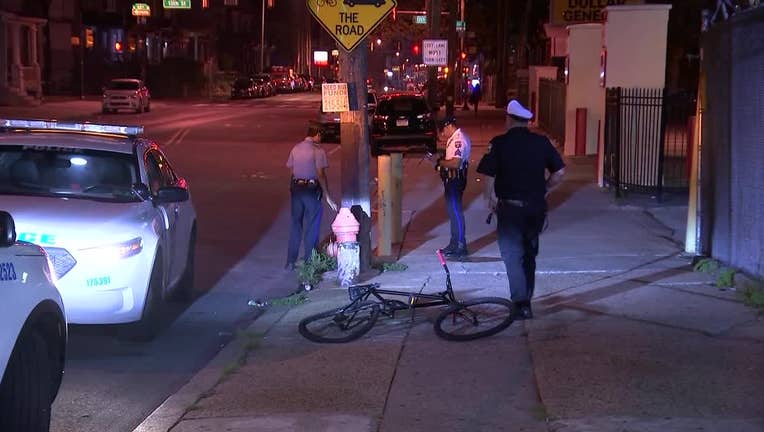 NORTH PHILADELPHIA - Police say a man is in critical condition after a vehicle struck him while he was riding his bike and fled the scene Friday morning.

According to investigators, the hit-and-run happened around 1:30 a.m. on the 13th and West Lehigh streets in North Philadelphia.

Witnesses say a black Chrysler 300 struck a man on his bicycle and did not stop. Those on scene were able to get a partial license plate number as the car drove away.

SEPTA police later found a vehicle matching the description of the striking vehicle parked on the sidewalk of Fox Street. Police say a driver was found sleeping behind the wheel of the car with the engine still running.

Officers on scene say the car had front end damage and the driver appeared to be impaired. Police detained the driver and held the car as part of evidence into the hit-and-run.

The victim in the accident was taken to Temple Hospital and is listed in critical condition. Emergency officials say the victim suffered severe head trauma and a possible broken leg.