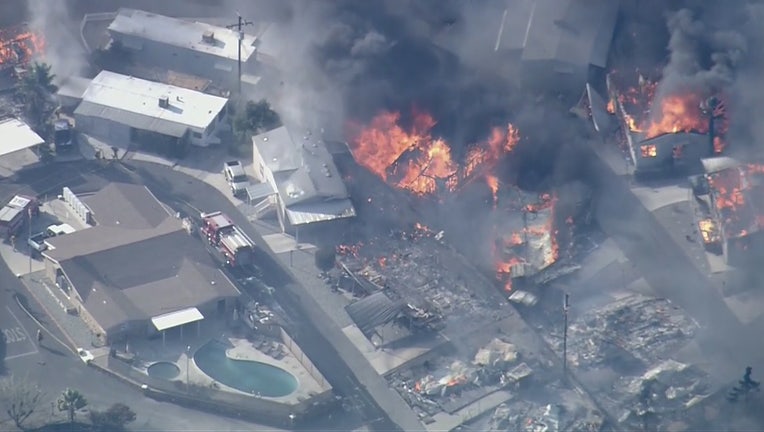 CALIMESA, Calif. - Several injuries were reported as firefighters were battling the "Sandalwood" wildfire near Calimesa Boulevard and Sandalwood Drive in Calimesa. The fire was first reported just before 2 p.m. Thursday.

The 500-acre fire was burning at a rapid rate with numerous structures destroyed.

Officials believe the fire started after a garbage truck left its fiery load on the side of the road.

Mandatory evacuations were ordered for residents south of 7th Street and east of County Line Road.

The fire was threatening a nearby railway and power grid, fire officials said.

Since the fire broke out at school dismissal time, emergency personnel were on campus at nearby Mesa View Middle School to assist in safely escorting students from campus. The students that remained on campus after 3:45 p.m. were transported by bus to Calimesa Elementary School located at 13523 Second Street.

A care and reception center opened around 3:30 p.m. at Calimesa Senior Center, located at 908 Park Avenue in Calimesa.