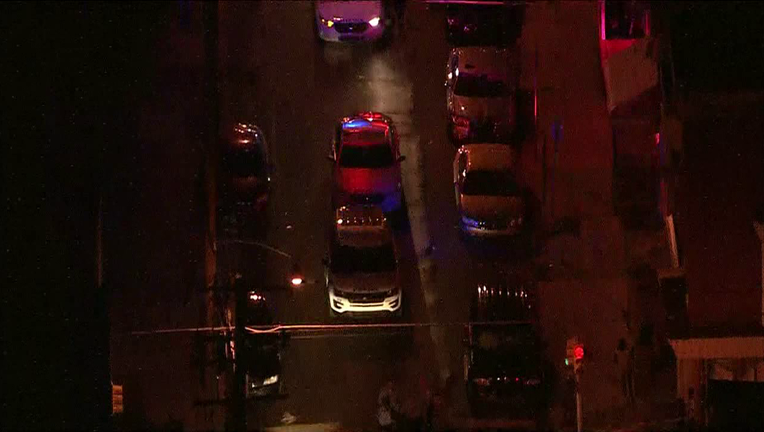 SKYFOX flew over the scene Tuesday night after a woman was shot and killed.

NORTH PHILADELPHIA - Authorities say a woman shot and killed while she sat on the front steps of her North Philadelphia home may have been struck by a stray bullet.

Authorities say the shots apparently were fired down the street from the 23-year-old woman's home, and she was struck at least one time in the head.

The woman was taken to a hospital but was pronounced dead there a short time later. Her name has not been released.

A 54-year-old man also suffered a graze wound to the shoulder. He was hospitalized in stable condition.

The shooter fled the area in a car and remains at large.