A Ring doorbell camera at a home in Carneys Point, N.J. caught the unknown driver unloading a few heavy packages on Tuesday afternoon.

CARNEYS POINT, N.J. - 'Tis the season to get swole....at least it is for one New Jersey FedEx driver who found a way to incorporate a workout into a package delivery.

A doorbell camera at a home in Carneys Point, N.J. caught the unknown driver unloading a few heavy packages on Tuesday afternoon. What followed surprised homeowner Ray'shona Leake, who shared the video with FOX 29.

"I wanted to submit this video because when I reviewed the tape all I could do was laugh," Leake said.

The man makes one last trip back to his truck and returns to the front step with what appears to be a dumbbell. Before placing the weight on the step with the other packages, the man decides to get in quick workout. 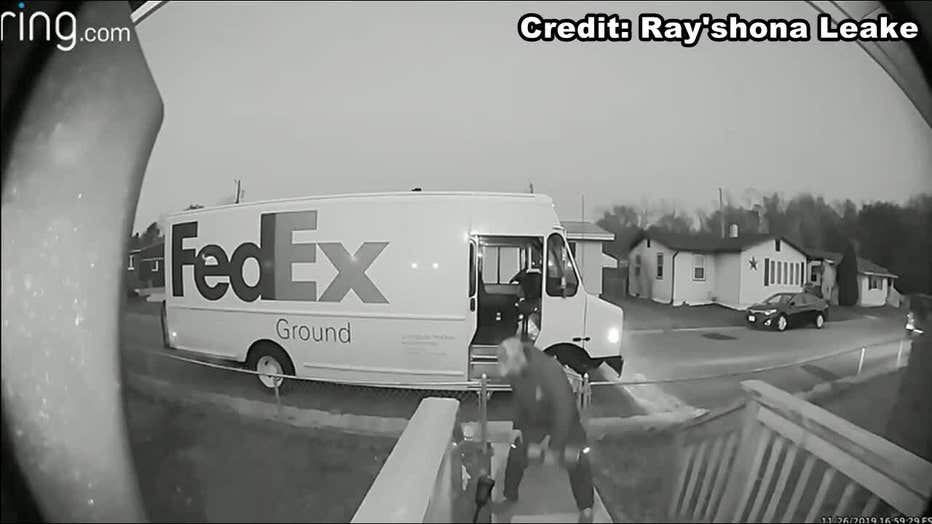 The driver puts the weight on the walkway and lifts it three times with each arm before placing the dumbbell on the step. He rings the doorbell and throws up a peace sign, acknowledging that he knew he was being filmed the whole time. 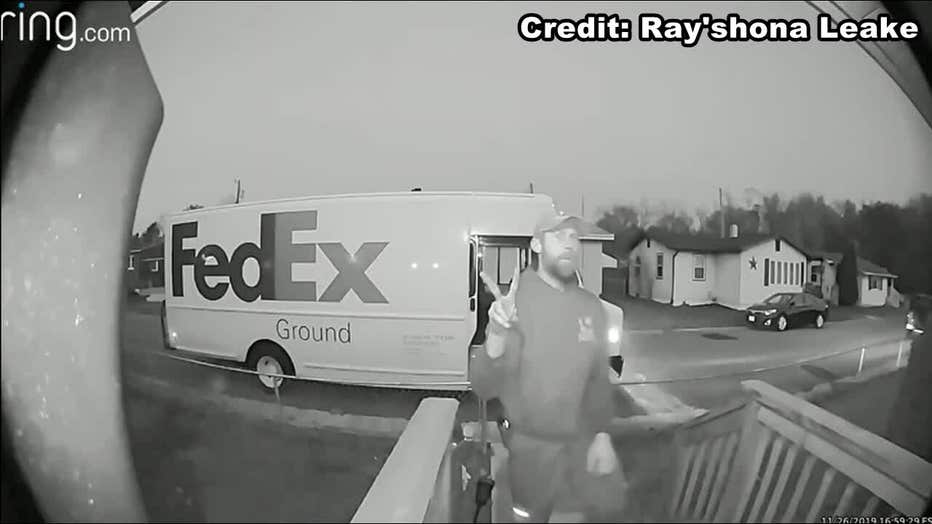 There are several theories you can come up with to explain the driver's impromptu gym sesh. Maybe he just realized he has one month left to make good on his New Years Resolution to workout more. Or perhaps he's trying to recover from a Thanksgiving feast and the plates of leftovers that followed.

Leake thinks he's just a man who enjoys his job.

"He showed me no matter what job you have, you have to have fun doing it," Leake told FOX 29. "He definitely must love his job!"