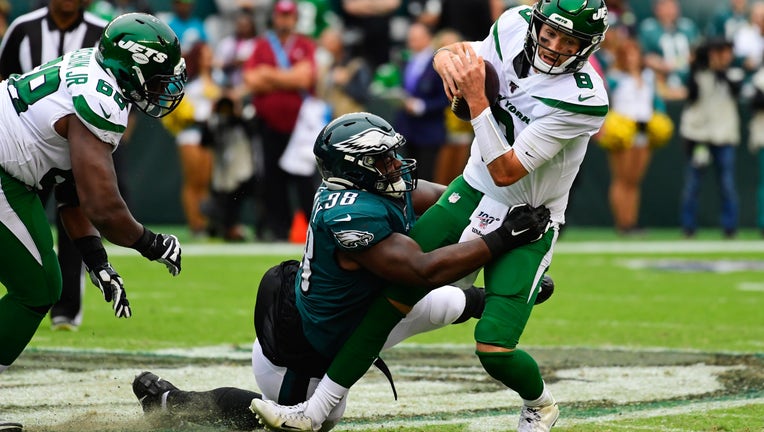 Luke Falk #8 of the New York Jets is sacked by Hassan Ridgeway #98 of the Philadelphia Eagles during the fourth quarter at Lincoln Financial Field on October 6, 2019 in Philadelphia, Pennsylvania. The Eagles defeated the Jets 31-6. (Photo by Corey Pe

PHILADELPHIA - The Philadelphia Eagles have agreed to a one-year contract with defensive tackle Hassan Ridgeway.

The Eagles announced Ridgeway would be returning to the team after playing in seven games and starting in five for them last season.

Ridgeway was acquired by the Eagles in a trade with the Indianapolis Colts last offseason. He finished his injury-shortened season with two sacks and 10 tackles.

The former 4th round pick suffered an ankle injury in October and was placed on Injured Reserve on October 23, ending his 2019 season.

Ridgeway is projected as a reserve for Eagles heading into the season with Fletcher Cox and Malik Jackson expected to go into training camp as the starters.