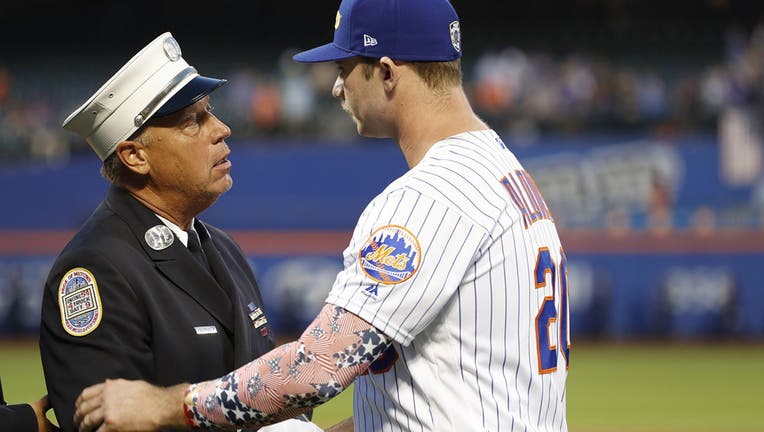 New York Mets rookie sensation Pete Alonso did just that Wednesday with his idea to honor the victims, families and first responders of the 9/11 attacks as the team played the Arizona Diamondbacks.

Alonso originally had the idea of getting custom made hats with a 9/11 theme but Major League Baseball blocked it, the New York Post reported.

Alonso reportedly didn’t seek approval from baseball with the idea to have he and his teammates wear the custom cleats.

“For me, it came from a place where I wanted to show support, not to just the victims but the families as well, because no one knows how deep those emotional scars can be,” Alonso told reporters after the game. “I just wanted to show recognition to all the ordinary people who felt a sense of urgency and an admirable call of duty. It’s for all the people that lost their lives and all the people that did so much to help.”

Alonso said he avoided going through MLB because he felt like the cleats may not have been approved.

“I felt if MLB got their hands on it, it may not have been approved,” he said. “But I’m happy we banded together in the clubhouse and made something cool happen.”

Alonso, who won the MLB Home Run Derby in July and donated a portion of his winnings to the Wounded Warriors Project and Tunnel to Towers, said the terror attacks had a profound effect on him as a first grader in Florida. He said it is a moment in his life he would never forget.

“I want to bring awareness to people on the outside looking in that this is a really big deal,” he said.

Alonso posted a photo of the cleats along with a caption remembering those who died on that day.

Even though Alonso went 0-for-3 with a run, the Mets defeated the Diamondbacks 9-0 in eerie fashion.