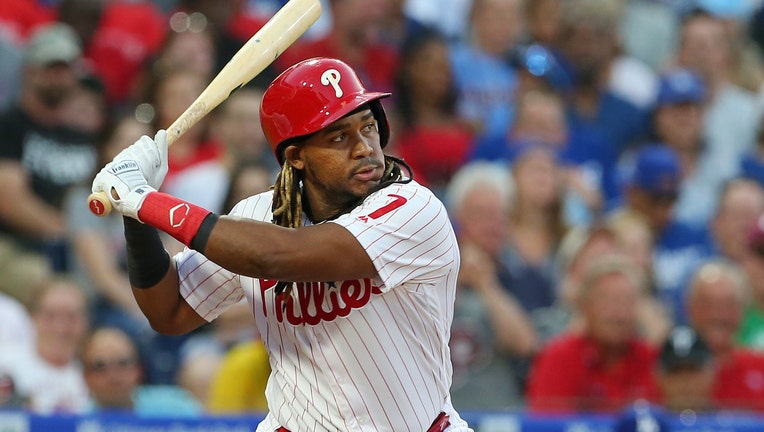 The Phillies made the surprising move Sunday with Franco hitting just .231 with 15 home runs and 47 RBIs in 102 games. Franco was once projected as a cornerstone player for the Phillies, appearing in more than 150 games in both 2016 and 2017. His best season came in 2016 when he hit 25 home runs and had 88 RBIs.

The Phillies have a glut of outfielders and the trade deadline deal to get former All-Star Corey Dickerson left them looking to shake up the roster. Scott Kingery was starting at third base Sunday against the Chicago White Sox and he will take over for Franco. Dickerson was in left, Roman Quinn in center and Bryce Harper was in his usual spot in right field.

Sean Rodriguez will serve as the right-handed bat off the bench. Manager Gabe Kapler says Rodriguez has more versatility than Franco.