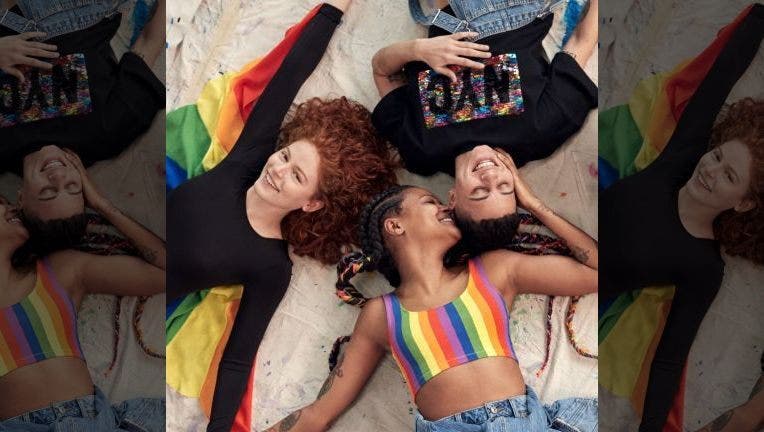 NEW YORK - Major retailers have diversified their inventory for Pride month, selling apparel and other goods that celebrate LGBTQ culture to mark the 50th anniversary of the Stonewall uprising.

In New York City, Macy's flagship store is adorned with rainbow-colored Pride tribute windows, set in the same space as its famous Christmas displays. Times Square's digital billboards are splashed with pitches for Pride-linked clothing and cosmetics sold at Sephora, CoverGirl and Levi's stores nearby.

But this year, the truly game-changing Pride sales scene is not in cutting-edge New York.

In 25 years working for organizations devoted to LGBTQ causes, "this is absolutely the first year that I have noticed the retail celebration of Pride moving from larger coastal cities to smaller towns and cities," said Stephen Macias, the Los Angeles-based head of the Diversity & Inclusion department at the MWWPR global publicity firm.

He was taken aback by what he saw visiting his childhood hometown, Fresno, California, in an agricultural part of the state politically distant from liberal Los Angeles and San Francisco.

"When I went home to Fresno, where I was bullied at the mall as an effeminate kid, I was looking at so many stores with rainbow flags, Pride displays and same-sex families set up in the windows," Macias said. "I was shocked that in Middle America, we were being celebrated. It was no problem, with each store trying to outdo the others."

In Oklahoma City, the locally owned Red Coyote Running and Fitness displayed shoes with rainbow Pride flags planted in them. On Saturday, it sponsored an inaugural "Love Run" race, complete with rainbow medals.

MORE: 50 years after Stonewall, LGBTQ rights are a work in progress 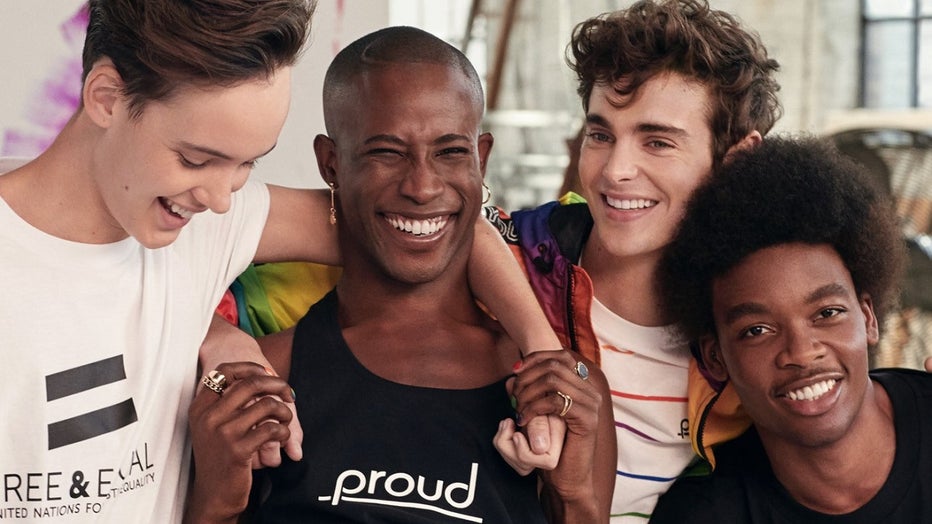 The retail push in large part is commemorating the 50th anniversary of the Stonewall uprising, days of protests touched off by a police raid on the Stonewall Inn in New York City's Greenwich Village in the early morning hours of June 28, 1969.

It took decades, but American businesses in recent years have introduced more LGBTQ-themed items, no longer considering them anathema to mass marketing. The LGBTQ presence in retail has never been as visibly mainstream as in 2019.

"A dozen years ago, the conventional wisdom among retailers was that reaching out to the LGBTQ community means losing to the rest of consumers," Macias said. "But the retail landscape turned out to be different; the fear of backlash by supporting LGBTQ consumers never materialized in any meaningful way."

Not everyone praises the Pride merchandising, which some see as thinly disguised corporate promotion.

"Major corporations have turned LGBT struggles into marketing moments to make themselves look good," said Bill Dobbs, a longtime New York gay activist. "The modern movement for gay rights was jump-started by Stonewall, and it's still a battle for the lives of LGBT people - not about selling trinkets and clothes with rainbow colors. They're a distraction."

Some companies participating in Pride campaigns have also been criticized for having their apparel made in countries where being gay is illegal, or where persecution is commonplace.

"Some people in these corporations may have good intentions, but it's just a marketing tactic," said Terry Roethlein, a volunteer with the Reclaim Pride Coalition, which opposes major corporate sponsorship of New York's LGBTQ events.

"So many things that we sell in this country are produced in all kinds of deplorable conditions abroad," Roethlein said. "And that's just another problem with retailing pride products - part of the unscrupulous nature of these marketing efforts. We want queer liberation, not rainbow capitalism."

Many companies with Pride-branded apparel lines are also making donations to LGBTQ organizations or are giving a percentage of their sales.

H&M is putting 10% of the sales from its "Love for All" collection to the United Nations campaign against the criminalization of LGBTQ people. UGG footware is donating 25% of its proceeds from sales of "Yeah Pride" slippers this month to benefit Lady Gaga's Born This Way Foundation.

Target, which is selling family-themed Pride merchandise, including toddler T-shirts that read "Love my Dads" and "Love my Moms," is donating $100,000 to GLSEN, an organization focused on ensuring safe schools for LGBTQ students. Profits from American Apparel's Stonewall-themed T-shirts are going to an initiative that provides cosmetics to low-income transgender women of color.

Macy's sponsored dozens of Pride parades across the country this year, with employees marching in them. It is encouraging shoppers to make donations at the register to The Trevor Project, a youth suicide prevention and crisis service. It is also donating $4 to The Trevor Project for every Pride-branded INC brand shirt it sells, or $2 for every set of INC socks.

"The giving campaign, with proceeds from the pride collection, is fundamental for an organization supporting diversity and inclusion," said Abigail James, a Macy's senior vice president. "That's a core value for us, it's something that is a part of who we are in a world that has changed and evolved."