Amazon recently updated its policy, only allowing seeds to be sold by U.S. sellers after unsolicited packages containing random seeds were sent to United States residents, according to the USDA.

After mysterious seeds were sent to thousands of people, some unsolicited, in the United States from China, Amazon has announced changes to only allow seeds to be sold by sellers in the U.S., according to Amazon’s updated policy.

“Plants, plant products, and seeds may not be imported from outside of the United States,” the policy reads. 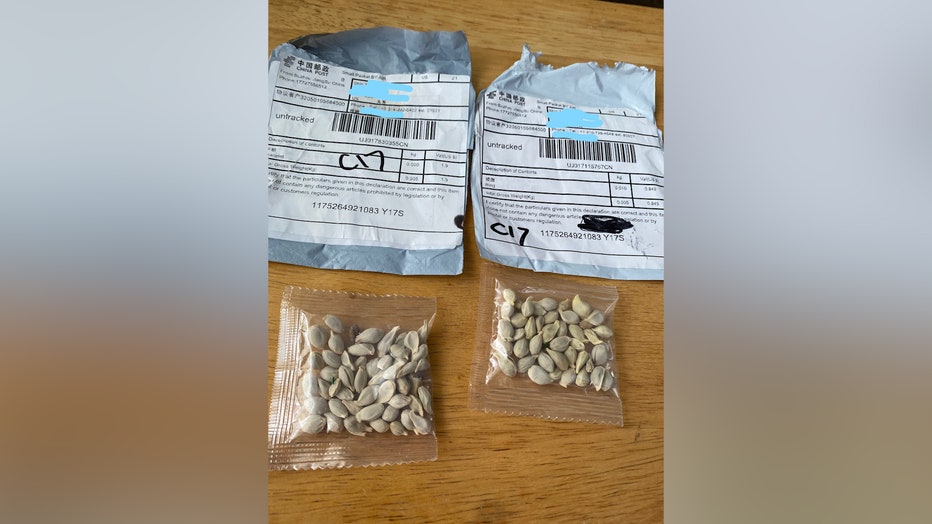 FILE - Mysterious seeds sent to Washington residents in the mail from China that they did not order on July 24, 2020. (Washington State Department of Agriculture Facebook)

Consumers in the U.S., Canada, Australia and the EU have all received the unsolicited packages, prompting agriculture departments in several states to issue warnings against planting them.

The seeds are believed to be part of a global "brushing" scam, according to the Better Business Bureau.

RELATED: Officials in Florida, other states warn about mysterious seed shipments from China

A “brushing” scam is when boxes of unordered packages arrive with a Chinese return address, or sometimes the packages appear to come from Amazon or another retailer, according to the BBB. A fake consumer profile will then be created under the receiver’s name, after which whomever the sender is, will write a false positive review on the product.

“For example, in one case a humidifier, a hand warmer, a flashlight, a Bluetooth speaker and a computer vacuum cleaner arrived unordered. Often, the items received are lightweight and inexpensive to ship, such as ping pong balls, or more recently, face masks or seeds from China,” according a BBB news release.

Osama El-Lissy, with the Plant Protection Program of USDA's Animal and Plant Health Inspection Service, said in a July 29 statement that 14 different species of the seeds were identified from the “brushing” scams. The seed types included flowering plants, herbs and vegetables.

RELATED: Mysterious seeds being mailed to Virginia residents could be from China

“Scammers mail lightweight (inexpensive to ship) packages, such as ping pong balls and seeds, to people who did not order the merchandise. They do this in order to create fake customer profiles with real names on e-commerce sites, and then create false positive reviews for their products and/or company,” a BBB news release stated.

The USDA confirmed in an Aug. 12 update that it and the Department of Homeland Security’s Customs and Border Protection, in conjunction with state departments of agriculture, are continuing to investigate why the seeds were sent.

To report unsolicited seeds, individuals can fill out the form provided by the USDA’s Animal and Plant Health Inspection Service, here.