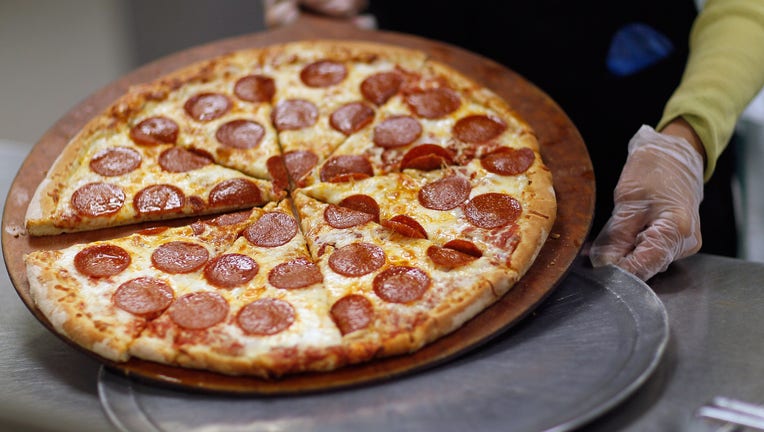 GREENWOOD, Del. - Authorities in Delaware are searching for a man who they say attempted to rob a Sussex County pizza shop with a machete and fled after the owner flung a pizza at him.

The owner of Stargate Pizza located on Sussex Highway told police that a man armed with a machete approached him as he was closing his shop for the night.

The alleged robber reportedly demanded money from the owner, but he did not have any on him. The owner then threw an entire pizza pie at the suspect, which caused the man to retreat to his vehicle and drive away.

Anyone with information on this incident should contact investigators at 302-337-8253.