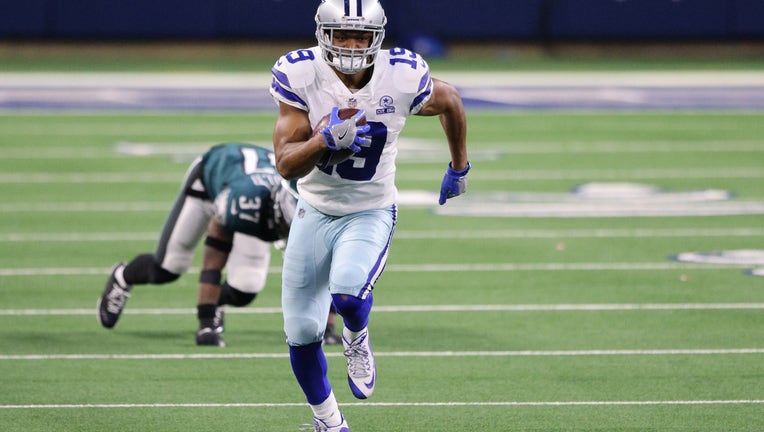 ARLINGTON, TEXAS - DECEMBER 27: Amari Cooper #19 of the Dallas Cowboys runs after making a catch in the third quarter against Grayland Arnold #37 of the Philadelphia Eagles at AT&T Stadium on December 27, 2020 in Arlington, Texas. (Photo by Ronal

DALLAS - Just when you thought 2020 couldn't get any worse, the Philadelphia Eagles (4-10-1) longshot playoff hopes were officially destroyed by the Dallas Cowboys (6-9) on Sunday night with a 37-17 loss.

Philadelphia got off to an encouraging start with back-to-back touchdowns on their first possessions of the game. DeSean Jackson, in his first game back since week 7, broke off an electrifying 81-yard catch and run that put the Eagles up 14-3 in the first quarter.

The Cowboys offense, lead by second-string quarterback Andy Dalton, came to life in the second quarter to give Dallas a 20-17 lead at halftime. Dalton and wide receiver Michael Gallup connected for two touchdowns, including a 21-yard reception. Kicker Greg Zuerlein tacked on a field goal.

Dallas kept the offensive pressure going in the second half with a touchdown pass from Dalton to CeeDee Lamb on the opening possession. Lamb would find the endzone again late in the fourth quarter to give Dallas a 37-17 lead.

Rookie quarterback Jalen Hurts, who threw for over 300 yards on more and scrambled for more than 60, tried to lead a fourth quarter comeback but had two drives end on an interception and fumble. The Eagles line allowed Hurts to be sacked three times.

With playoff aspirations destroyed by their bitter rivals, the Eagles will head back to Philadelphia to wrap up their season against the Washington Football team.