The family of Jordan Lindsey issued a statement on Tuesday to clarify what happened that day and to encourage tour excursion companies to have mandatory safety measures put in place.

LOS ANGELES - The family of a 21-year-old woman killed in a shark attack in the Bahamas said the tour company did not mobilize to help in any way and did not have proper safety measures in place for an emergency situation.

Jordan Lindsey, an honor student at Loyola Marymount University in Los Angeles, was snorkeling off Rose Island, a popular spot northeast of the Bahamian capital Nassau, on June 26 when authorities said she was attacked by three sharks.

Her right arm was bitten off, according to the Royal Bahamas Police Force. 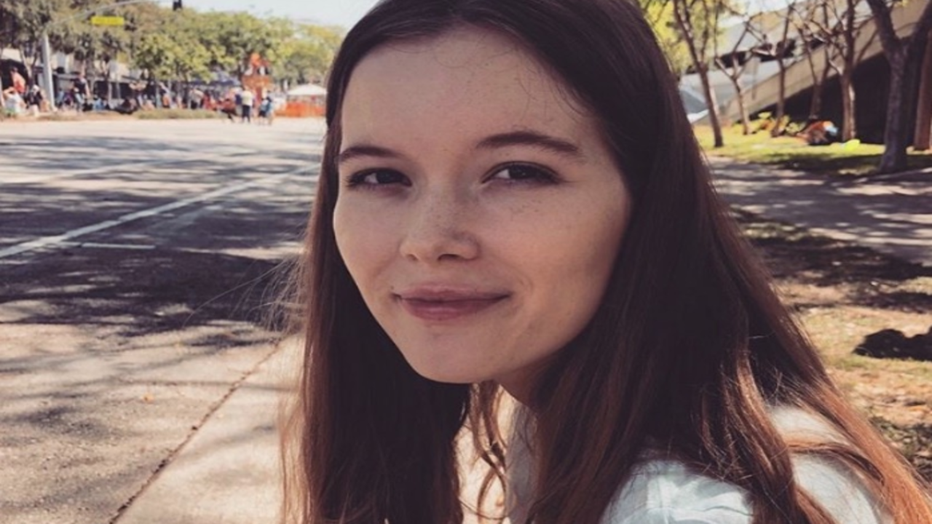 On Tuesday, her family issued a statement to clarify what happened that day and to encourage tour excursion companies to have mandatory safety measures put in place.

While the whole family was on Rose Island that day as part of a Sandy Toes Day Excursion, only Jordan and her mother, Kami, were snorkeling at the time, the statement said. Her siblings, father and longtime girlfriend did not witness the attack.

During the attack, Jordan and her mother were inside and at the far end of the roped-off snorkeling area, the family statement said. Other snorkelers were a good distance away from where the attack happened and later scrambled out of the water for fear of their safety. The family said the sharks were not seen by anyone until the attack.

According to the statement, no Sandy Toes staff members jumped in or “mobilized to assist in any way.”

“Jordan’s mother recalls, as she swam to Jordan and told Jordan to try to swim toward her, she thought certainly a boat would come to whisk them out of the water and harm’s way, but that did not happen,” the statement reads. “Two staff members called over from the rocky hill, telling Kami and Jordan to swim to them. As they tried to swim toward each other and toward the rocky hill, a shark came between them and again attacked Jordan. By this time, Kami was able to grab Jordan’s hand and drag her to the rocky shore where the staff members pulled both of them out of the water.”

Once both women were out of the water, the family said the staff had no first aid kit or basic supplies for any type of injury — and provided no first aid “whatsoever.”

“It felt like a lifetime as they waited for a boat to arrive. When the small boat arrived, it contained only a bench and a staff member driving. A staff member waiting with Jordan and Kami, helped Kami get Jordan into the boat and the 4 of them drove off to Nassau,” the statement added. “There were no medical or emergency supplies in the boat. The only thing provided were towels which were used to cover Jordan’s legs.”

The family said a waiting ambulance at the dock transported Jordan and her mother to a hospital, where she died.

“Although nothing can change the outcome of the tragedy we’ve suffered, our hope in speaking out is that mandatory safety measures are put in place, so this is less likely to happen again,” the statement said. “We also want tourists to know that when booking a tour, while the excursion company may have great reviews, it may not have basic safety measures or first aid equipment in place.”

The Sandy Toes staff didn’t notify the rest of Jordan’s family who were still on Rose Island, the family said. Instead, they overheard conversations from others that had been snorkeling and noticed people crying and eventually realized what happened.

The family also said the beach side of the small island was not evacuated after the shark attack, which was located a just short distance away.

"We would once again like to extend our deepest and sincerest condolences to the family and friends of Jordan Lindsey who recently passed away as a result of a shark attack in waters near Rose Island in The Bahamas," the company said in a statement. "All reasonable steps were taken to prevent this very unfortunate incident and our staff responded swiftly and in line with our emergency protocols and procedures. We continue to pray for the Lindsey family and all those who have been impacted by this tragic occurrence."

Dr. Erich Ritter, a scientist with the Shark Research Institute, and Dr. Christopher Lowe, director of the Shark Lab at California State University, Long Beach, said it's exceptionally rare for three sharks to attack a person. Lowe said the chances are as remote as winning back-to-back Powerball lottery jackpots.

Ritter said it was likely triggered by something, such as chum — or fish food — being tossed into the water.

"There had to be a reason there. That's not normal behavior for any shark," Ritter said.

Ritter was also concerned by reports that no one from the snorkeling company used by the family was in the water with the swimmers. He operates the Florida-based SharkSchool, which teaches swimmers and divers how to safely share the water with sharks, and said guides always should swim with customers.

In the statement, the woman’s family suggested that tour operators designate a staffer to look for sharks as well as snorkelers who may be in distress so they could be warned or immediately helped.

The family also said that tour companies should have an emergency plan for incidents like shark attacks, in addition to common medical incidents like animal bites, jellyfish stings or heart attacks.

“Have medical supplies on all tours and provide first aid training to staff members so that they are willing and able to provide immediate response during emergencies,” the statement suggests.

The family thanked the people who helped return Jordan’s body back to California.

Jordan’s father, Michael Lindsey, said she was "such a great daughter and person."

She was a member of Tau Sigma National Honor Society and worked as a communications assistant for the College of Science and Engineering. The school will honor her with a plaque.