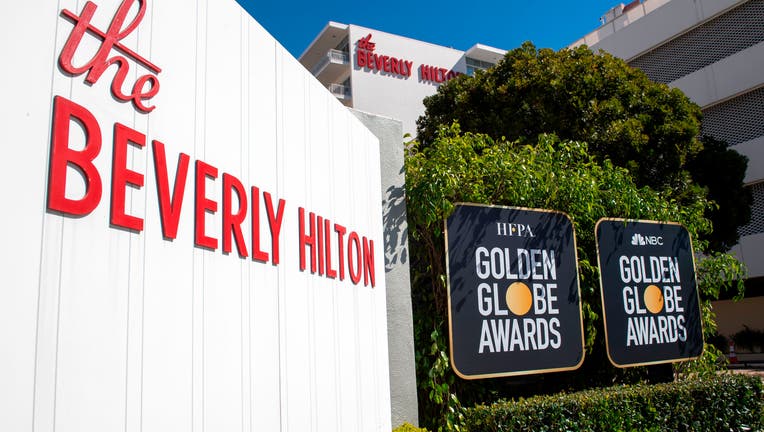 LOS ANGELES - The 78th Golden Globes is coming up on Feb. 28, and Tubi is rolling out the proverbial red carpet to its expansive movie archives containing films starring some of your favorite nominated actors, including Viola Davis, Dev Patel and Anthony Hopkins.

Tina Fey and Amy Poehler, who previously hosted the Globes together, had been set to emcee again, but the awards show was delayed for about two months due to the COVID-19 pandemic. But the show will go on, and the comedic pair will host again — except this time, they will be across the country from one another.

Fey will host from New York’s Rainbow Room, while Poehler will be at the Globes’ usual home, the Beverly Hilton. It’s expected that nominees will appear from locations around the world.

The star-studded list of nominees didn’t achieve their success overnight. Here are some past movies Tubi is offering for free, featuring your favorite Golden Globe-nominated actors and actresses:

Viola Davis/The Architect (2006)- "A struggle with potential consequences for all erupts after an activist exposes the dangers of the building an architect designed that she lives in."

Vanessa Kirby/Kill Command (2016)- "In a dystopian future, an elite army crew heads to a remote island for routine training, but finds that deadly robots have other plans in mind."

Frances McDormand/Johnny Skidmarks (2001)- "Johnny Skidmark Scardino is a free-lance crime-scene photographer and" part-time blackmailer. When his associates begin to turn up murdered, he has a very short time to discover the killer before it is his turn."

Riz Ahmed/Four Lions (2010)-"Four idiotic terrorists push their fuzzy dreams of jihad to the breaking point, as their beliefs and methods clash, in this far-out British farce."

Chadwick Boseman/The Kill Hole (2012)- "An Iraq War vet is forced to pursue one of his own into the Pacific Northwest" wilderness to finally confront a war crime that has haunted them both."

Anthony Hopkins/Solace (2016)- "An unsolved murder spree by a crafty killer on the loose leads the FBI to bring in a retired consultant whose psychic powers are their only hope."

Gary Oldman/Nobody's Baby (2001)- "An escapee from prison is on the lam when he rescues a baby from a car wreck, warming the heart of a waitress with whom he forms a makeshift family."

Tahar Rahim/Day of the Falcon (2011)- "After a cruel war, two Arab kings create neutral territory, but as the 1930’s oil boom begins, a young prince finds himself torn between their worlds."

Maria Bakalova/Transgression (2018)- "Told from Yana’s own stream of consciousness, this voyeuristic story traces the unseemly relationship between a teenage girl and an aging rock star."

Kate Hudson/A Little Bit of Heaven (2011)- "An irreverent young woman, who shields her heart with humor, has a life-altering visit with her doctor, who takes her on an eye-opening adventure."

Michelle Pfeiffer/Personal Effects (2009)- "A rising star in the NCAA wrestling world comes home to console his mother after his sister is murdered. Soon he meets a charming older woman."

Rosamund Pike/Burning Palms (2011)- "You've never experienced a movie like Burning Palms; five stories so twisted, they could only take place in Los Angeles. A father's relationship with his precocious teenage daughter is too close for comfort for his fiancé. A woman becomes undone by her boyfriend's kinky bedroom request. A gay couple brings home the ultimate lifestyle accessory: an African child. An unsupervised young boy leads his brothers in disturbing games. A lonely woman confronts her attacker with a bizarre request."

Lin-Manuel Miranda/Hamilton: One Shot to Broadway (2017)- "An inside look at the hit musical about Founding Father Alexander Hamilton that went on to change Broadway forever and gather a global following."

Dev Patel/Lion (2016)- "A young man makes an emotional journey to reconnect with his birth family in India after being tragically separated from them years earlier."

Past movies with 2021 Golden Globe nominees for Best Director

David Fincher/Rick Springfield: The Beat of the Live Drum (2020)- "At the height of his career, the chart-topper performs his greatest hits, showcasing the energy and verve that propelled him to stardom and a Grammy."

American Hustle (2013)- "A forger and grifter are busted by a vigilant FBI agent and forced to participate in a sting operation to bust a corrupt New Jersey mayor."

The Imitation Game (2014)- "The dramatic true story of a British computer scientist who saved over 14 million lives during World War II when he cracked Germany’s encrypted code."

The King’s Speech (2010)- "When it comes time for him to lead his country, King George VI agrees to unorthodox therapy to treat his speech impediment during the buildup to WWII."

The Elephant Man (1982)- "Ostracized by a heartless 19th century London society, a man with extreme physical deformities finds a lone friend in a compassionate surgeon."

The Associated Press contributed to this report. This station is owned by the FOX Corporation.