MEDIA, Pa. - Firefighters battled a blaze at a house on Vineyard Lane in Media.

One person home at the time and a family member says the 35-year-old was in the shower and he had no idea the house was on fire. A neighbor called 911. 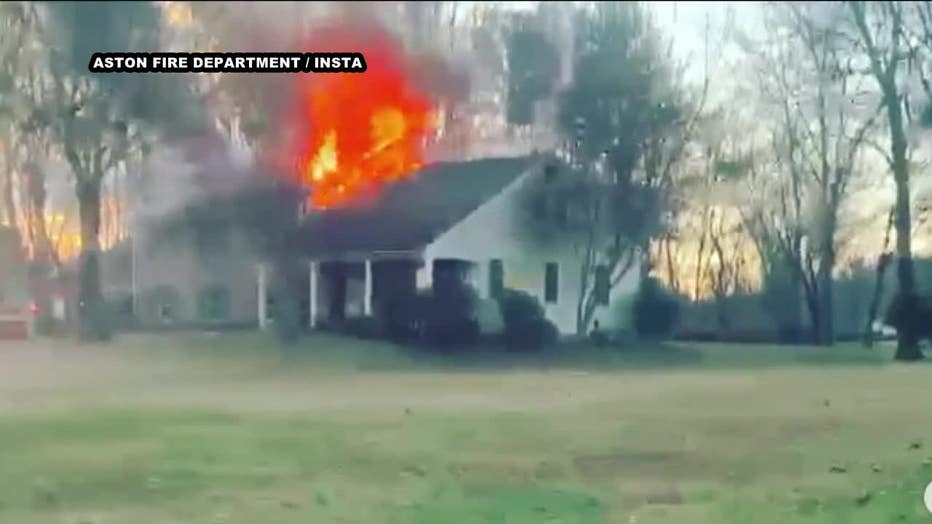 “We had numerous calls while responding. On arrival the fire was in the second floor and through the roof," Assistant Fire Chief Mike Johnson said.

No injuries were reported. The cause of the fire remains under investigation.