FRNKFORD - Some fierce competition in North Philadelphia Saturday at an annual basketball tournament. 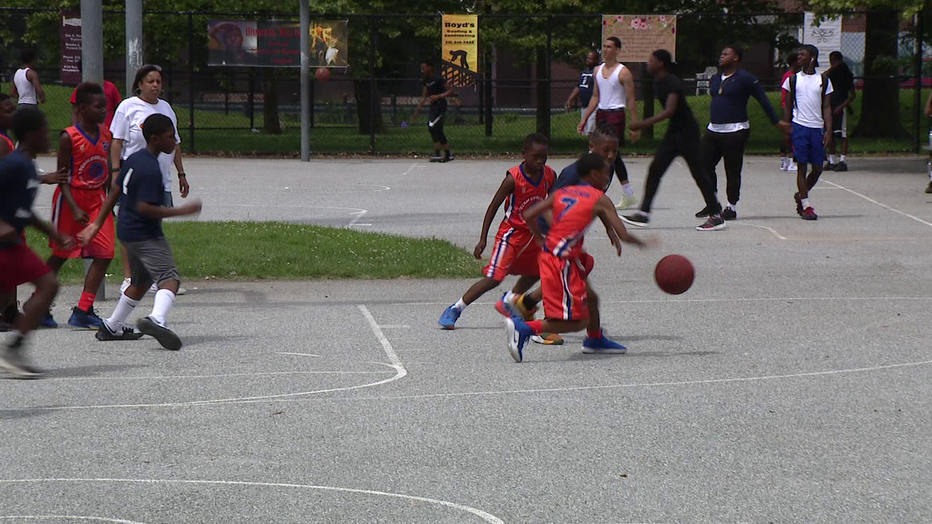 While all eyes are on the court, the purpose is to honor a young teen who took his own life, to promote a positive way for kids to stay healthy and out of trouble.

When it’s game time, it’s motivation and a lot of tough love.

“We gotta rebound, everybody has to rebound,” stated Head Coach Aiesha Smith.

Like any coach, Smith wants to win. But, what she’s giving this competitive, talented group of nine and 10-year-olds is much more. A foundation to stay on the right path.

“A lot of the kids that we mentor and deal with on a daily basis, they all suffer from trauma, from losing someone and, unfortunately, most of it is to gun violence. We try to use basketball as a caveat to get them to stay off the street. A way to stay busy and also a way to value academics,” Aiesha Smith, Head Coach of Team Evolution, said.

“The days we don’t practice still work and try to get better,” said Dante Preche.

That same belief, the reason Dionne Williams made the basketball tournament an annual tradition. Saturday, they called it the Stop the Violence Basketball Tournament. A collaboration between Philadelphia Police and the Donovan Williams Memorial Foundation, in honor of Dionne’s son.

“He brings it to us every day, a good day,” said Dionne Williams.

A cause she started after the 12-year-old took his own life.

“I never want to see any parent go through what I went through that day when I lost my son. It’s a tragedy and he was my only child,” Williams explained.

Williams says they morphed the event to not only raise awareness about mental health and the services available in the city, but about trying to strengthen neighborhood relationships to prevent violence.

“Our community, the Frankford community, you hear gunshots constantly. We’re out here to let you know that we’re in a community and we are willing to help you at any cost,” Williams added.

While the day doesn’t always turn out with the score they wanted, they know their team, and their coach, always has their back.

Donovan’s mother hopes the tournament is something the kids, their families and the community can look forward to every year.