The Geminids are considered to be one of the best and most reliable annual meteor showers, which peaked Monday evening through dawn on Tuesday, according to NASA. For those who missed it, meteors can still be seen during its active period — which runs through Dec. 17.

The meteors tend to be bright, yellow and quick, and during its peak, 80-120 Geminid meteors can be seen per hour under ideal conditions, NASA says. 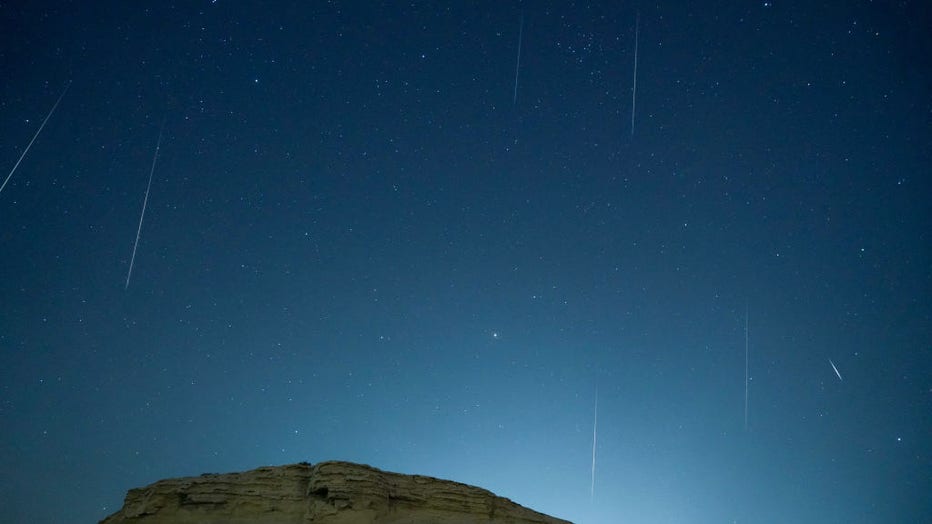 In Michigan, Sharon Cox shared a video showing a meteor streaking across the night sky near the city of Trenton. Another skywatcher shared photos of a few meteors, as seen from the suburbs of Chicago, Illinois.

A photographer in Hatfield, Kentucky, shared stunning images of the Geminid meteor shower.

Another night sky photographer captured a meteor streaking across the sky near Garden City Beach, South Carolina. A stargazer in London shared their view, who wrote on Twitter that they saw a few meteors despite the cloudy skies.

"Scientists believe sodium fizzing from the asteroid’s surface causes it to act like a comet," EarthSky states. "The debris shed by 3200 Phaethon crashes into Earth’s upper atmosphere at some 80,000 miles (130,000 km) per hour, to vaporize as colorful Geminid meteors." 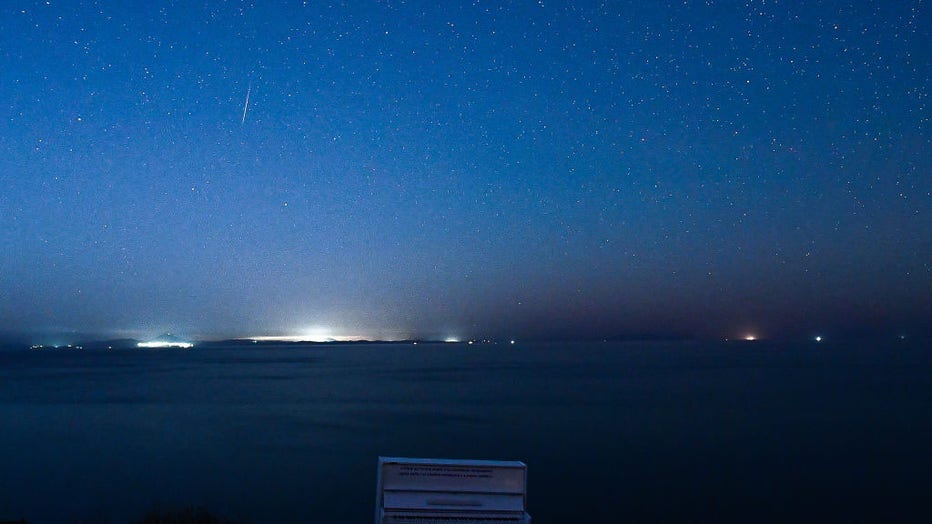 A view of the sky near the Velikoknyazheskaya Battery on Russky Island during the peak of the Geminid meteor shower on Dec. 14, 2021, in Vladivostok, Russia. (Photo by Yuri SmityukTASS via Getty Images)

The Geminids are best viewed at night and pre-dawn hours, starting around 9 p.m. in a dark, open sky away from city or street lights.

EarthSky said the ideal time to view the meteors is specifically at 2 a.m. for all parts of the globe, because "that’s when the shower’s radiant point – the point in our sky from which the meteors seem to radiate – is highest in the sky. As a general rule, the higher the constellation Gemini the Twins climbs into your sky, the more Geminid meteors you’re likely to see."