(FOX 2) - The first teen to undergo a double lung transplant due to vaping is now healing and speaking out about his health, hoping he can have an impact on the lives of his peers.

Daniel Ament was a student at Grosse Point North with dreams of becoming a Navy Seal. That dream was shattered when he got gravely ill from vaping at just 16 years old.

A Michigan teen who received the country's first double lung transplant due to vaping is starting a nonprofit to help promote health and wellness among his peers.

Daniel went from an athletic, fun-loving happy teen to suddenly having to fight for his life.

"I was very active, I played varsity sports, got almost all A's and my ultimate goal was to be a Navy Seal in the military," said Daniel.

His voice is subdued as he tells this story at his former middle school, but his message is strong - a casual vaping habit almost killed him.

Daniel anonymously made national headlines in the fall when he became the first vaping lung transplant patient. Henry Ford transplant doctors were shocked by the condition of Daniel's lungs. Doctors weren't sure he'd survive. 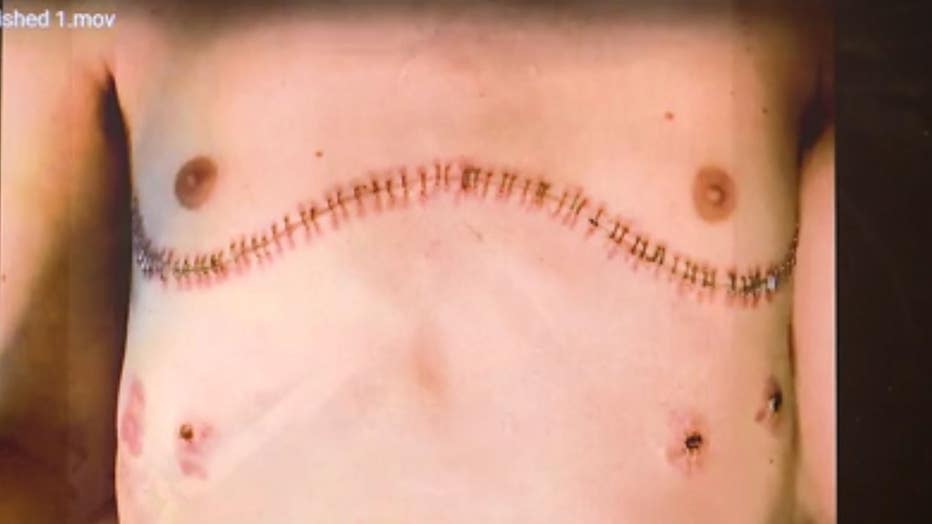 "What I saw in his lungs is nothing I've ever seen before and I've been doing lung transplants for 20 years," said one of Daniel's surgeons during a press conference last year.

Daniel has admitted to vaping nicotine and occasionally marijuana, having no idea he was destroying his body. But now he wants other kids to know what he didn't. And his message seems to be working.

"Seeing someone close to me, it really just told me not to do it - like stay away," said Chloe McFarlane, an 8th grader.

"I thought vaping was a healthy alternative to cigarettes, but we've been looking at it a lot, and now I know that it's close to or even more dangerous than cigarettes," said Gisele Bourbeau, another 8th grader.

Daniel, now very thin, must take 20 pills a day. This is not the life he ever expected, and he's pleading with kids to think twice about this habit that has turned into an epidemic.

"Please be smart and think about the consequences that can be caused. It's not worth the temporary feeling that you get when you're vaping," said Daniel.

Daniel is starting a nonprofit organization focused on health and wellness, as he wants to continue to teach kids about the dangers of substance abuse: www.fight4wellness.com