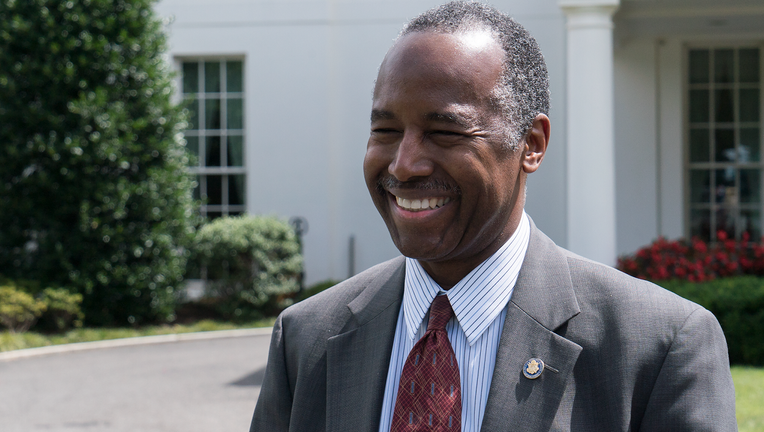 BALTIMORE - The only black member of President Donald Trump's cabinet is comparing Baltimore to a cancer patient whose illness can have a devastating effect if ignored.

U.S. Housing and Urban Development Secretary Ben Carson spoke Wednesday in the wake of tweets from Trump describing Baltimore as a "disgusting, rat and rodent infested mess" where "no human being would want to live."

Carson worked in Baltimore for more than three decades and rose to fame for his groundbreaking surgeries at Johns Hopkins Hospital.

Carson said Baltimore, like a cancer patient, cannot sweep its challenges under the rug.

He toured a high-rise building that's home to seniors and individuals with disabilities. His visit was not welcomed by everyone.

A neighboring church demanded that Carson's press conference be moved off their lot.