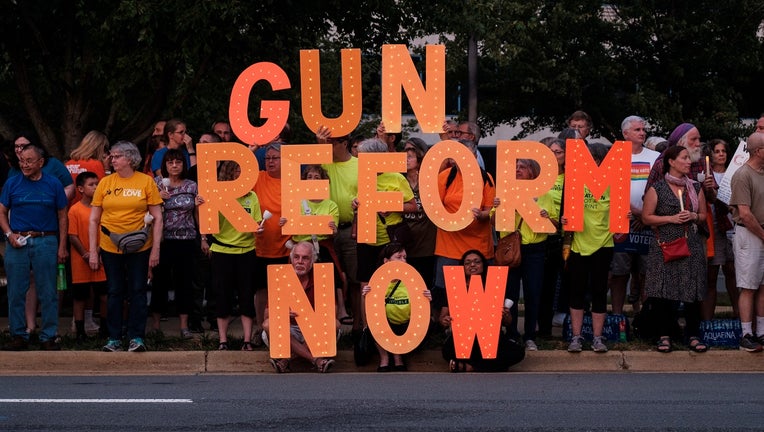 Gun control advocates take part of a candlelight vigil to honor of the victims of the mass shootings in El Paso, Texas and Dayton, Ohio, and Chicago, Illinois outside of the NRA headquarters. (Photo by Michael A. McCoy for The Washington Post via Getty Images)

FAIRFAX, Va. - Hundreds of people held vigil outside the National Rifle Association's headquarters in Virginia for the dozens slain in mass shootings in El Paso, Texas, and Dayton, Ohio.

Gun control groups including March for Our Lives organized Monday's "Vigil for Remembrance and Change," which sought to honor the dead and call for stronger gun laws. The back-to-back weekend shootings cost a total of 31 lives and left more than 50 people wounded.

Vigil attendees held moments of silence punctured by the recitation of victim names, including those gunned down in Chicago and the 13 black transgender women killed so far this year. Democratic Congresswoman Jennifer Wexton joined the crowd in decrying political inaction.

The NRA has said it wouldn't take part in "politicizing" the shootings, but would work to find solutions.