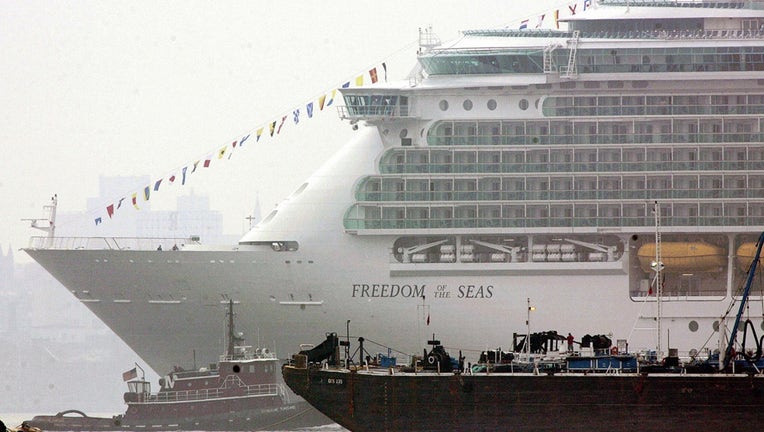 (FOX NEWS) -- A toddler has died after plunging 150 feet from a cruise ship while being dangled out of a window by her granddad.

The 18-month-old girl slipped from his arms and fell from the 11th floor of Royal Caribbean's Freedom of the Seas ship.

The child is believed to have fallen onto the concrete below while the ship was docked in San Juan, Puerto Rico.

The tot was rushed to hospital at around 4:30 p.m. local time yesterday.

She was pronounced dead a short time later.

According to the local Primer Hora website, the girl was from Indiana and on holiday with her parents and grandparents.

Police have now launched an investigation and are trawling CCTV of the ship as well as interviewing passengers.

The girl's family have not yet been quizzed by detectives but police have said they believe the incident was a tragic accident.

Elmer Román, of the local Department of Public Security, said: "Police have now launched an investigation and are trawling CCTV of the ship.

"At this time (the Division of) Homicide is in place. It has not been possible to interview the family.

"It is a very strong scene, very sad and tragic.

"At one point, one of her grandparents... in an act of games, exposes the girl to the void and falls out of his hands."

The boat has a height of around 210 feet and the 11th floor will have been around 150 feet above land level when the vessel was docked.

It holds around 4,000 passengers and was ending a seven-day Southern Caribbean cruise of Antigua, St Lucia and Barbados at the time of the tragedy.

Get updates on this story from FoxNews.com,