FOX 29's Bruce Gordon has more on the stabbing death of a 51-year-old man in Rittenhouse Square.

PHILADELPHIA - A man has died after police say he was stabbed several times in Rittenhouse Square late Thursday night.

Officers responded to 18th and Walnut Streets around 10:30 p.m. for a report of a person screaming and a group of people fighting on the corner.

Police arrived on scene to find a 51-year-old man bleeding from the chest, neck, shoulder, and back. The man initially did not approach the officers before they asked him what happened.

Chief Inspector Scott Small says the victim was not cooperative with police and appeared to possibly be intoxicated. The victim initially refused medical treatment and declined to tell officers what had happened. 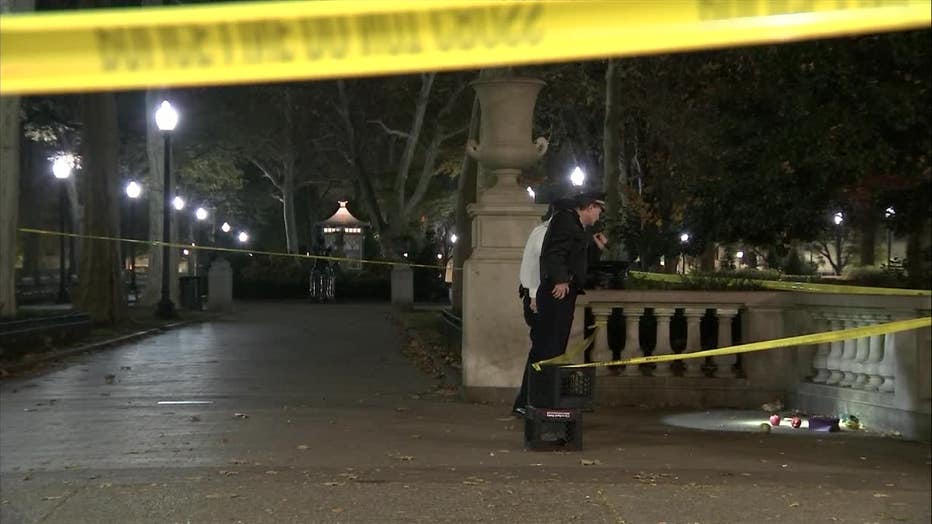 A 51-year-old man has died after police say he was stabbed in Rittenhouse Square Park.

Paramedics and police attempted to transport the victim to the hospital and he struggled with police for several minutes. He was eventually transported to the hospital where he succumbed to his injuries just before midnight.

Investigators say the victim was sitting on the corner of 18th and Walnut, a location he frequents, and was hanging with a group of other males.

A witness gave police a description of a suspect, and police later stopped someone fitting the description but the stabbing victim refused to identify him. The man who was stopped was released.