The journey from the International Space Station back to Earth took about 19 hours.

CAPE CANAVERAL, Fla. - After a 19-hour journey since undocking from the International Space Station, NASA astronauts Doug Hurley and Bob Behnken are back on American soil and have successfully completed SpaceX’s first-ever manned mission.

Behnken and Hurley took off in the Crew Dragon capsule atop a Falcon 9 rocket from Kennedy Space Center's Launch Complex 39A on May 30th. It was the first manned mission from American soil since 2011.

The historic manned mission went off on Saturday afternoon from Kennedy Space Center.

The two astronauts undocked from the International Space Station at 7:34 p.m. EST on Saturday and departed aboard the Crew Dragon spacecraft. It will reportedly go on to re-enter Earth’s atmosphere and splashing down off the coast in Pensacola. The SpaceX Navigator recovery vessel will pick Hurley and Behnken up.

SpaceX said that Hurley and Behnken then spent the night in space. At 1:48 a.m. EST, the Crew Dragon spacecraft completed a phasing burn, which put them on the orbital path to splashdown in Pensacola.

This was the first splashdown for astronauts in 45 years. The last time was following the joint U.S.-Soviet mission in 1975 known as Apollo-Soyuz. 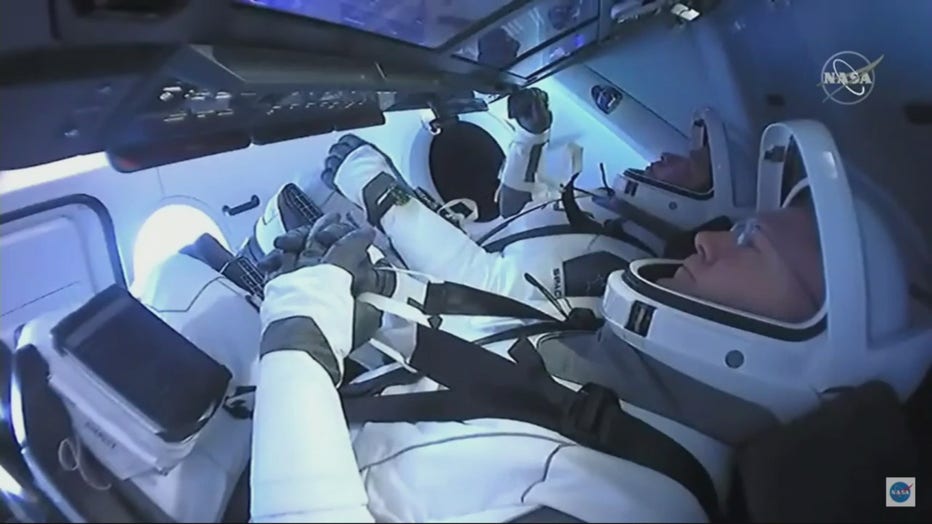 A SpaceX recovery ship with more than 40 staff, including doctors and nurses, moved in in at splashdown, with two smaller, faster boats leading the way. To keep the returning astronauts safe in the pandemic, the recovery crew self-quarantined for two weeks and were tested for the coronavirus.

SpaceX expects it to take a half-hour for the ship to arrive at the capsule and additional time to lift it out of the water onto the deck. A flight surgeon is going to be the first to look into the capsule once the hatch is pulled open. After medical exams, the astronauts were expected to fly home to Houston.

The former Senator has traveled to space before.

During a live stream from the International Space Station, Behnken and Hurley said that they are bringing home an American flag that has been in space for nine years. It was left there by there the previous astronauts to launch to the space station from U.S. soil. Hurley was the pilot of that final shuttle mission in July 2011.

Hurley and Behnken are also bringing back a sparkly blue and purple dinosaur named Tremor. Their young sons chose the toy to accompany their fathers on the historic mission. 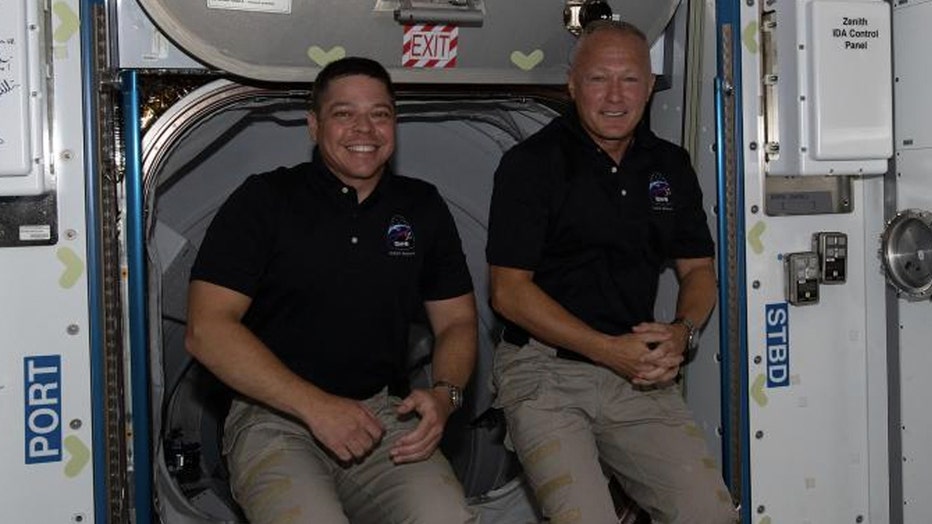 Now that the mission is a success, NASA said that the SpaceX Dragon Crew transportation system, including the launch pad, rocket, spacecraft, and operational capabilities, can become certified by NASA’s Commercial Crew Program. This will allow the spacecraft to complete longer missions to the space station. The operation version of the Dragon Crew spacecraft will be able to stay in orbit for at least 210 days, per NASA's requirements.

With this certification and regular operation of the spacecraft, NASA can continue important research and technology. They said that the investigations that will take place onboard will benefit people on earth and lay the groundwork for future exploration, including to the Moon and Mars.

SpaceX has officially completed their first ever manned mission.

NASA wants six weeks between the splashdown and the next Dragon Crew launch for capsule inspections and reviews. When the time comes, NASA astronauts Shane Kimbrough and Megan McArthur will serve as spacecraft commander and pilot for the mission. JAXA (Japan Aerospace Exploration Agency) astronaut Akihiko Hoshide and ESA (European Space Agency) astronaut Thomas Pesquet will join as mission specialists.

Tune in to FOX 35 Orlando to watch the splashdown on Sunday.