Neighbors plead for help with sinkhole on Kensington Street

KENSINGTON - A sinkhole on the 3300 block of Amber Street in Kensington has residents worried sick.  On Thursday, a portion of their street began caving in right before their eyes. A neighbor recorded video of it happening.

“I seen the ground crumble and come a part on its own. I sat right there and it got bigger,” said Mary Gregory. She’s lived her 19 years. Her street has had problems but this is a first. 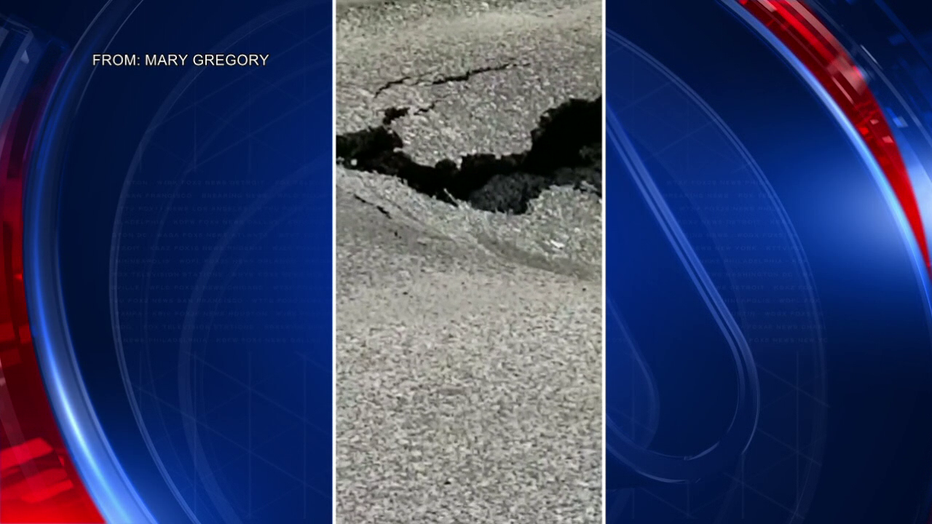 “If you see where the street is cracking right here and passerbys are coming through and somebody could fall in this or a whole car and it’s going to be a bigger problem with the city,” said Gregory. Neighbors say city workers have been out here before but say nothing has been done since then.

“They came out patched over it and it started re-sinking again as you can see. There’s another hole right there after they patched the work up from the first hole,” said Gregory.

“We made calls to the Water Department about it. The first calls they came and patched up over it but never fixed the pipe or line. Actually, a line is actually broke and the water flowing through,” she said.

Neighbors called FOX 29 asking for help getting the city back out to fix the problem. While we were there the Streets Department showed up to make a report. We called the Water Department. They sent out crews to better block off the hole and shut off water to the block.  Neighbors sent FOX 29 pictures later Thursday evening as crews covered the hole with a steel plate saying they will return Friday to work on the problem.

“Somebody is going to get hurt seriously. Like a kid or someone’s going to be in a car. Anything can happen,” he said.