New River Gorge National Park and Preserve, located in West Virginia, received its dual status in January 2021 which gives the nearly 73,000-acre area federal protection as well as defends the wildlife and ecosystem from being destroyed by manmade means.

America just got a new national park and preserve and it’s only one of two in all of the lower United States.

New River Gorge National Park and Preserve, located in West Virginia, received its dual status in January 2021, which gives the nearly 73,000-acre area federal protection as well as defends the wildlife and ecosystem from being destroyed by manmade means. 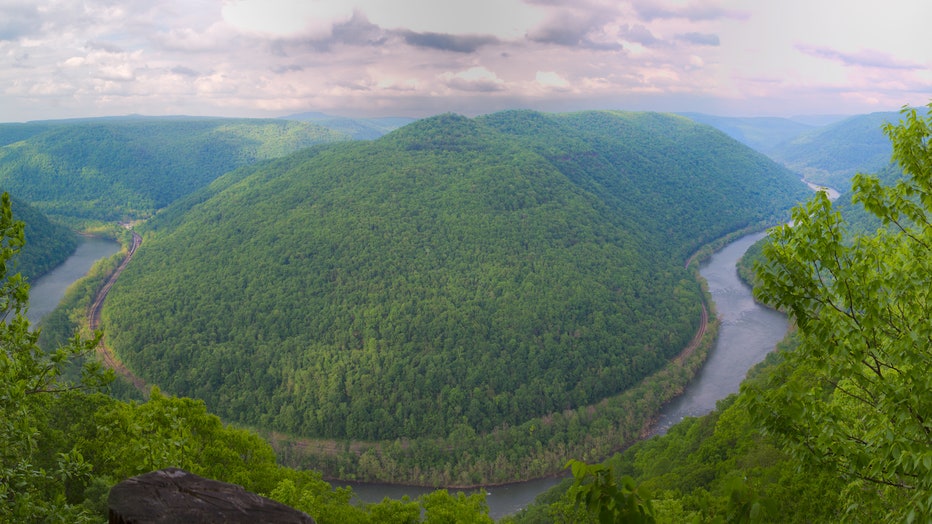 RELATED: Warm spring ahead: NOAA predicts above-average temperatures across most of US

There is only one other national park and preserve in the lower U.S. and that’s the Great Sand Dunes National Park and Preserve in Colorado.

Watts said achieving dual status was a long time coming and is pleased to have this sprawling area preserved for future generations. 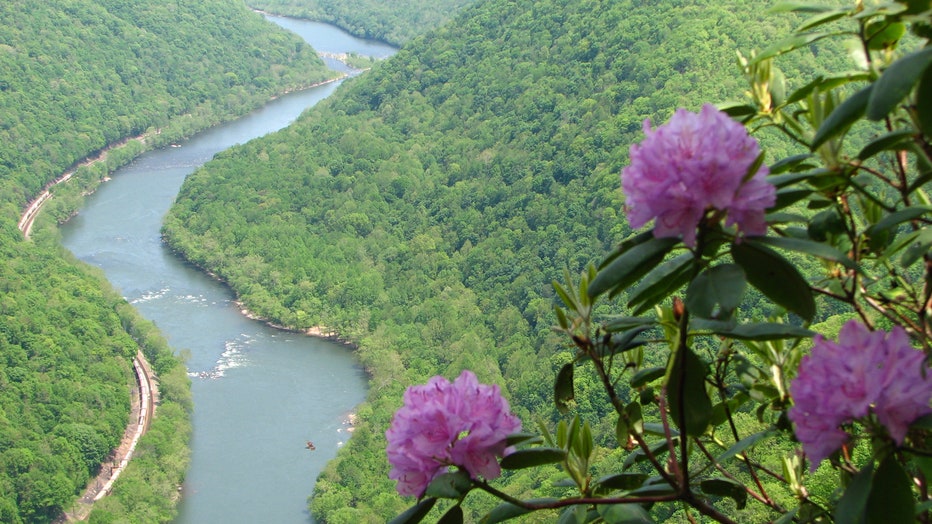 "This last major effort was started about 18 months ago, almost two years ago," Watts explained. "Senator (Shelley Moore) Capito would introduce it and Senator (Joe) Manchin came on board very quickly and then they formed a team to say, ‘This is special. Not just special for West Virginia but special for the whole country and let’s go ahead and highlight how unique it is and let the world know that we do have a new incredibly gorgeous national park here in the east.’"

According to Watts, there are not many forested or canopied areas that are federally protected, but this past legislation changed that.

Watts also mentioned how important creating this national park and preserve was because it protects about 124 miles of natural water, which, according to Watts, is one of the most important resources in the world.

"We all depend on it (water). Now we have areas where we really put energy into keeping our water clean. Learning to make sure it’s clean and making sure it’s preserved for future generations," Watts added.

Visitors can not only enjoy the biodiversity offered by New River Gorge, but hunting is encouraged in the preservation areas of the park. 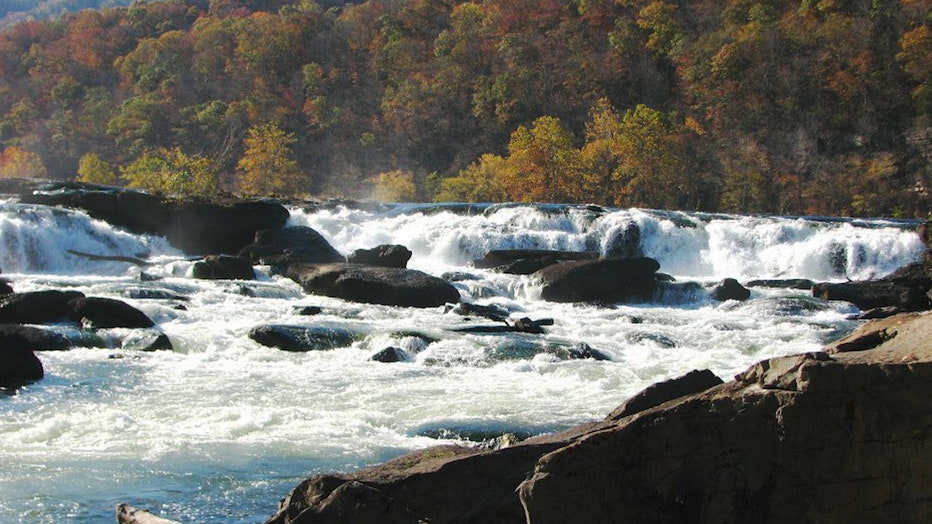 Watts said that hunting is beneficial to the ecosystem as the larger predators who normally keep wildlife populations in check are no longer the main gatekeepers keeping animal life at manageable numbers. That’s where humans come in to help.

One unique part of the park that Watts highlighted was the old, former coalmining town of Thurmond.

"Thurmond is a little railroad town. It historically was truly an important part of the world because it’s where all of our coal mining and railroading and logging history took place. And that’s where people came from all over the world to work in the coalfields, to work on the railroad and that’s what built America," Watts said. 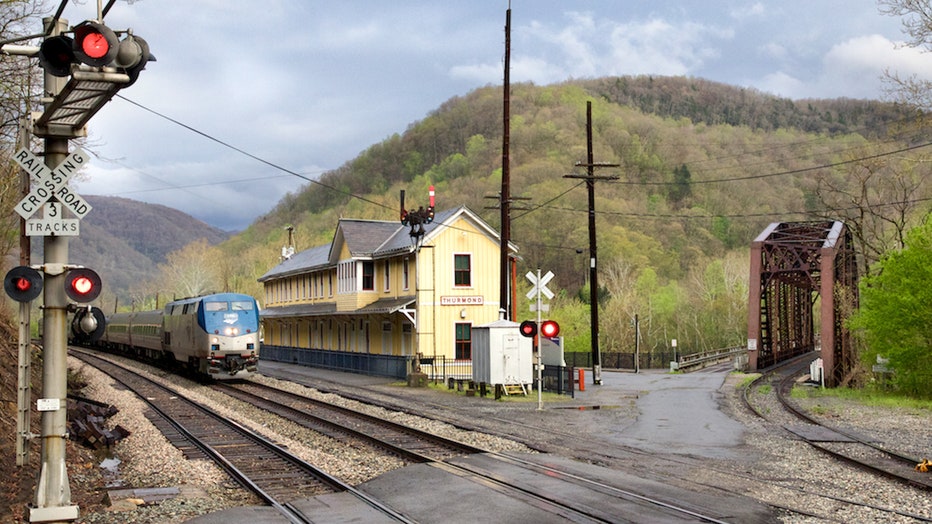 RELATED: The largest ‘potentially hazardous asteroid’ of 2021 will pass by Earth on March 21

Trails around Thurmond offer a blast from the past as visitors not only can enjoy scenic views but can even get a chance to see old structures such as the first Baptist church of Thurmond, old mining trails and the railroad.

"That’s the American part of history that people literally from many walks of life came to work in those coalfields. And it’s that coal that we shipped around the world, as well as the United States, to build Pennsylvania and our industrial heritage," Watts added.

Not only is the park rich in history but it’s rich in biodiversity as well. "We have over 1,500 species of plants and animals that call the park home and that makes it pretty special as far as the ecosystem," Watts said.

And as the Sequoia National Park is known for its giant trees, New River Gorge has two main attractions: the gorge and the New River itself.

"I would say two things. First, it’s the river itself. Watersheds are truly the most remarkable ecosystems anywhere and we all depend on them. So, first and foremost it would be ensuring that we keep this river, which is so unique and so gorgeous. If you’re a boater or a hiker that just wants to walk beside it or somebody that just wants to watch boaters boating or fishermen fishing, it’s quite a remarkable river. And the second I would say geologically would be the gorge. It’s beautiful to see from the car, or from taking a hike up on the rim but it’s a magnificent ecosystem to see from the river itself," Watts said. 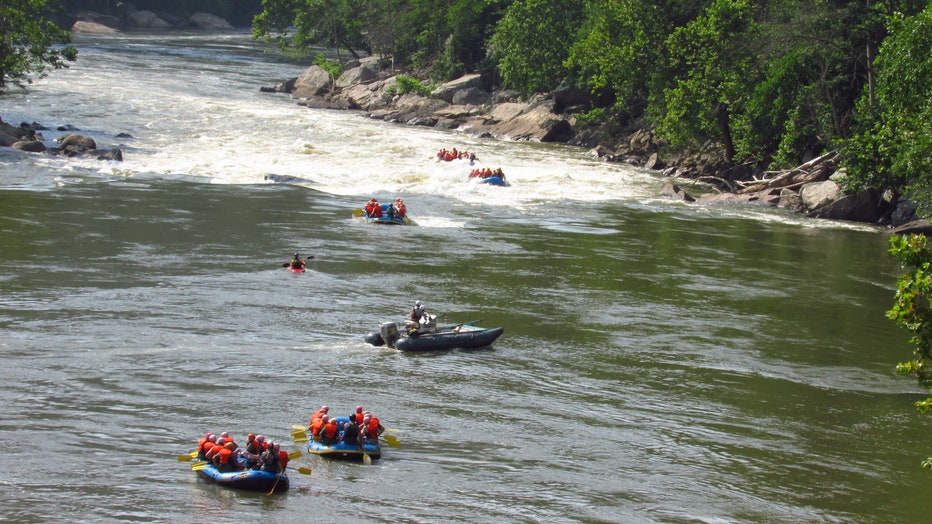 The gorge is about seven miles long and it is very deep, very narrow and has very powerful water rushing through it.

"It has been known for the last 45 years or so as some of the best whitewater boating in the world," Watts said.

"Adventuresome is the right word," Watts said for those who wished to brave the rapids.

Visitors might get the chance to see deer, bears or even an otter family when they come to the park.

"It is mother nature at her best," Watts said with a smile.

Watts believes New River Gorge is a nature mecca and there’s something for everyone from whitewater rafting, rock climbing and hunting to leisurely hikes fit for the whole family. 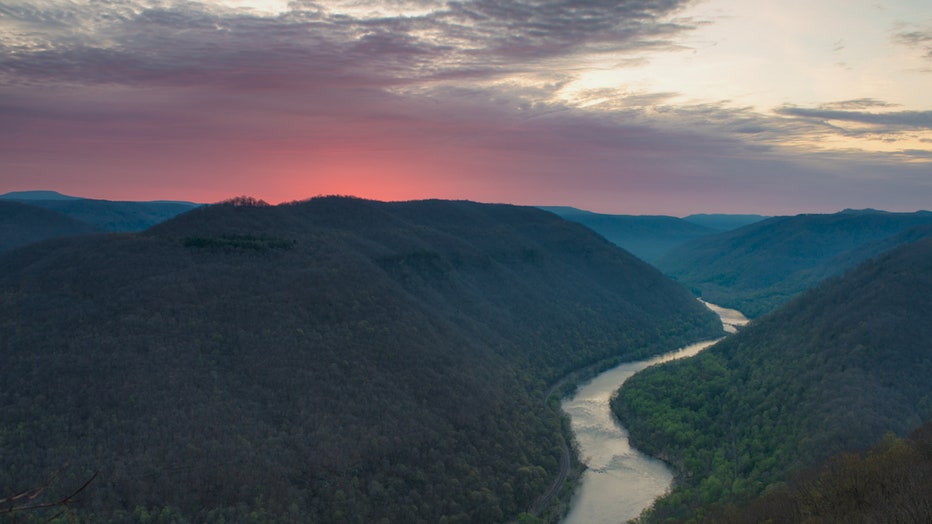 "People experience parks in different ways and our request is leave no trace, protect the environment you’re using, stay on the trails, make sure these days that you’re wearing a mask and that you make sure you’re social distancing. But it is, these belong to all of us. America forgets sometimes that the rest of the world gives us credit for having America’s best idea by creating a national parks system and this really is a place that you can come and be inspired," Watts said.

Watts said that being part of this new park and preserve is not only a privilege for her but she and her staff take great pride in upkeeping a place where people can come and enjoy what nature has to offer them.

"We are public servants. I think American people know that but I think sometimes we forget to remind them - we work for them," Watts said. "We have the best jobs in the world, preserving just remarkable places but it really is the public service that my team takes to heart. That’s what we’re supposed to do. We are lucky that we get to educate and inspire and assist people in all kinds of ways. If it’s search and rescue or river rescue, and my staff is very devoted to that.

You can learn more about New River Gorge by visiting the National Park Service website.