(FOX NEWS) -- A North Carolina firefighter celebrated the birth of his daughter amid a sea of American flags in a viral Memorial Day photo meant to honor those who ensured Capt. Kevin Phillips' newborn grew up in the land of the free.

The Charlotte Fire Department captain celebrated the birth of his third child while also remembering those who died serving their country, as part of a tribute photographed by Megan White. 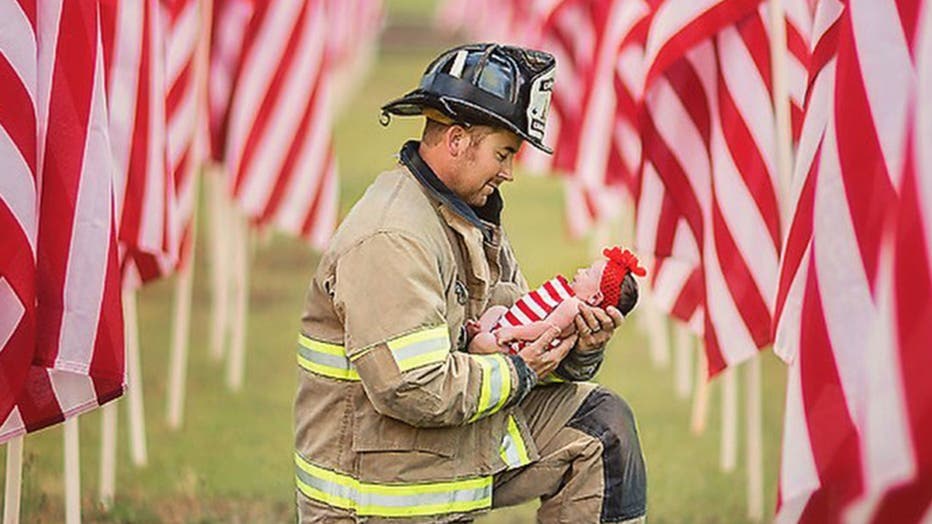 Parker Jean Phillips was born at 9:45 p.m. on May 12 -- Mother’s Day -- to Phillips and his wife, Lindsay. The couple also has twin 7-year-old sons, Maddox and Landon.

Dressed in his firefighter gear, Phillips is shown holding Parker between a row of American flags. 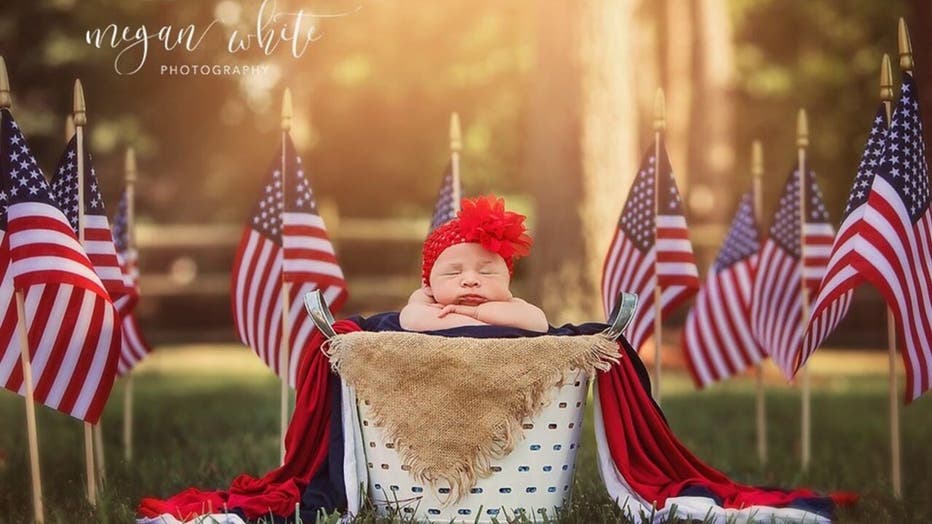 The newborn, who shares a birthday with her mom, can be seen in a second picture sitting in a basket surrounded by flags.

Get updates from this story at FoxNews.com.