FOX 29's Chris O'Connell has the latest on the discovery of asbestos and flaking paint around pipes in the gym and school bathrooms at a North Philly elementary school.

NORTH PHILADELPHIA - Anger boiled over at North Philly’s T.M. Peirce Elementary School Monday night as parents grilled Philadelphia School District officials about the recent discovery of exposed asbestos and flaking paint around pipes in the gym and school bathrooms. The entire basement is now closed off from the rest of the school.

Charmain Mitchell’s fifth-grade son Alan missed much of last year because of asthma and lately he’s been coming home with white powder on his clothes that his mom is convinced is asbestos.

"We want the school to be closed down until it’s alright for the kids to come in," she said. 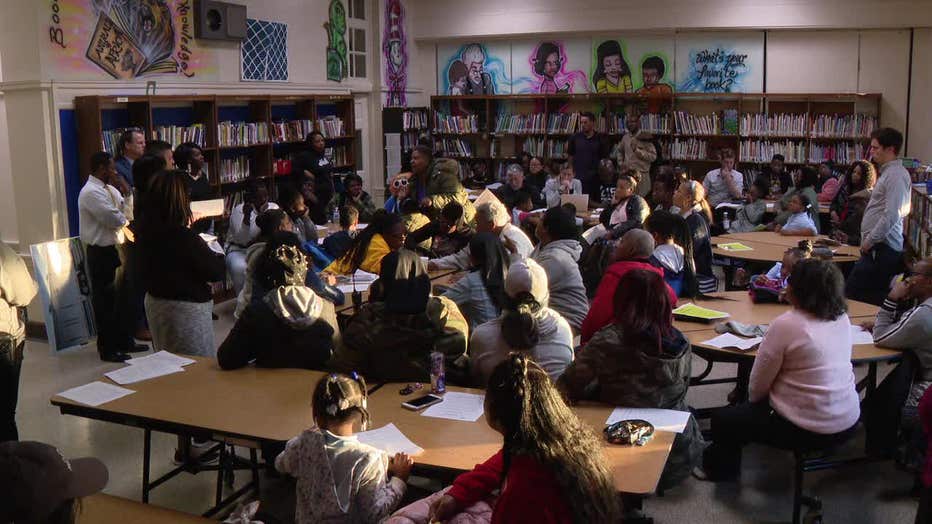 The district says there are two options to remediate the asbestos during off-school hours while students use the school or relocated 435 students to a temporary building, possibly Dobbins Tech.

“We have to find 25 classrooms so it’s not a matter of just moving tomorrow," Shawn Bird said.

The school was built in 1909 and is actually on the list to be demolished and rebuilt. That's not soon enough for the teacher’s union environmental scientist who discovered the asbestos in back in September.

Parents wonder why it’s taken this long for the problem to be addressed.

The school district says it’s in the process of coming up with a plan. A plan that should be announced to parents by the end of the week.