Pennsylvania's coronavirus exposure-notification app is now available in app stores and is the state's latest effort to break chains of transmission.

The release of the app Tuesday is part of Pennsylvania's effort to more quickly break chains of transmission by using the new technology to notify people who may have been exposed.

The state has a $1.9 million contract, using federal grant dollars, to deploy and maintain the app with software developer NearForm Ltd, an Ireland-based company whose app there has been downloaded by more than one-fourth of that country’s residents.

Gov. Tom Wolf was scheduled to appear at a news conference in Philadelphia later Tuesday to discuss it.

The app will work with the state of Delaware’s app, which released last week, and it will also be compatable with those of other states when they launch on the NearForm platform, state officials say.

Use will be limited to people 18 and over. 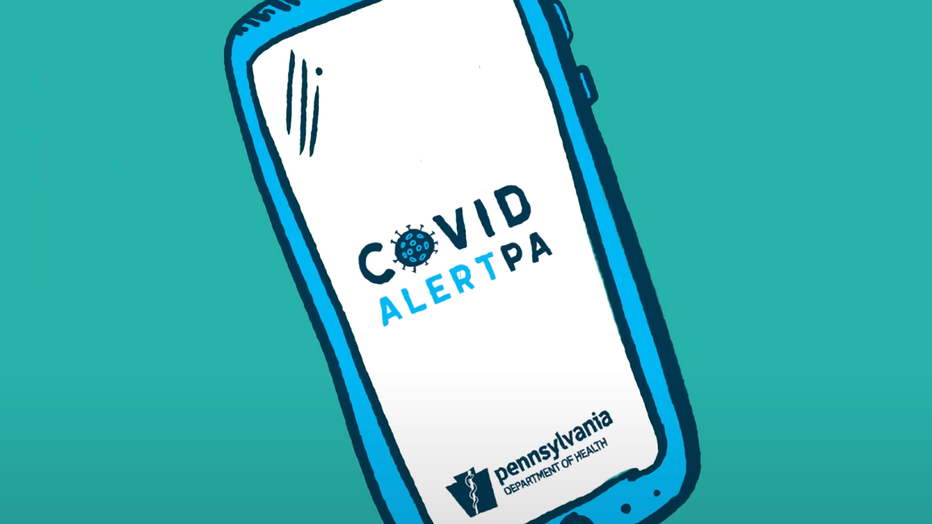 It is designed to automatically notify people if they might have been exposed to the coronavirus, and state officials say the app does not store location information, personal information or the identify of anyone who is in close enough range to possibly be exposed.

In addition to exposure notification, the Pennsylvania app has a data feature that allows the user to see up-to-date information on case numbers, hospitalizations and deaths by county, as well a feature that helps the user to monitor their symptoms even if they have not tested positive.

It relies on Bluetooth wireless technology to detect when someone who downloaded the app has spent time near another app user who later tests positive for the virus.

As a threshold, the app uses the Centers for Disease Control guideline of being within 6 feet for at least 15 minutes, state health officials have said.

The identity of app users will be protected by encryption and anonymous identifier beacons that change frequently, the companies have said.

Someone who tests positive in Pennsylvania is reported to either the Department of Health or a municipal health department agency and contacted by a case investigator. That case investigator will ask the infected person if they have the app and if they are willing to use it to notify any mobile-phone users who have been in close contact with them in the past 14 days, state officials said.

If they are willing to use it, they are given a six-digit code to enter to then issue a notification, state officials said.

A person who receives a notification will get something like an alert to check the app, with instructions from the Department of Health on how to protect themselves and others, including information about staying at home, quarantining and seeking medical help.

The identity of the person who was infected is shielded from people receiving a notification, and vice versa, they said.