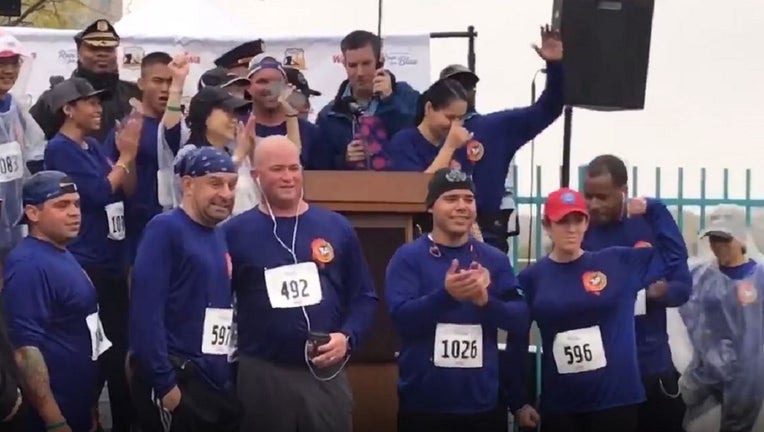 Runners and walkers braved the elements Sunday to support the Philadelphia Police Foundation at its inaugural Run for Blue event.

Amid heavy rain and stormy conditions, participants ran and walked the Market Street loop from the Delaware River to the Schuylkill River. 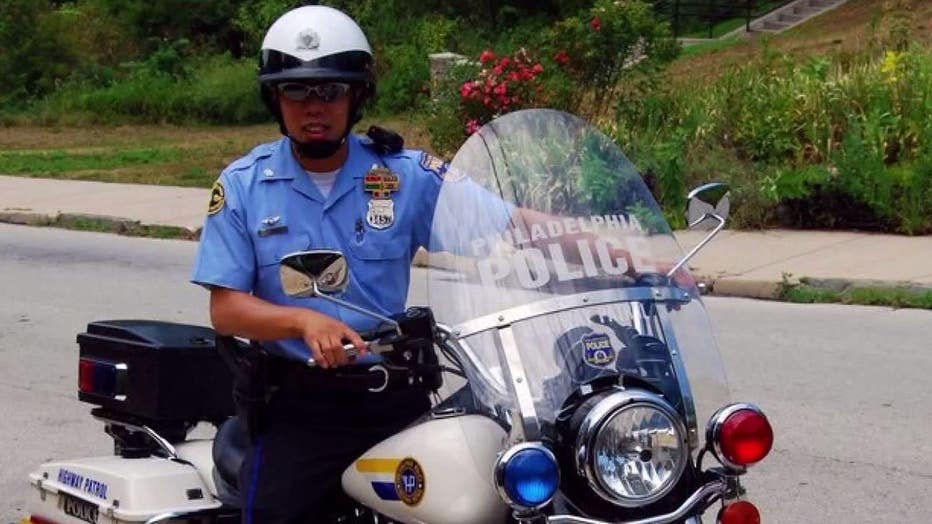 Officer Andy Chan was critically injured after a motorcycle crash in January 2019.

Fifty-five participants ran in honor of Philadelphia Highway Patrol Officer Andy Chan, who was critically injured in a motorcycle crash in January.

Chan, 48, was riding his motorcycle in Northeast Philadelphia in January when he was struck and thrown from his vehicle. The 24-year veteran was on his way to work at the time of the crash. 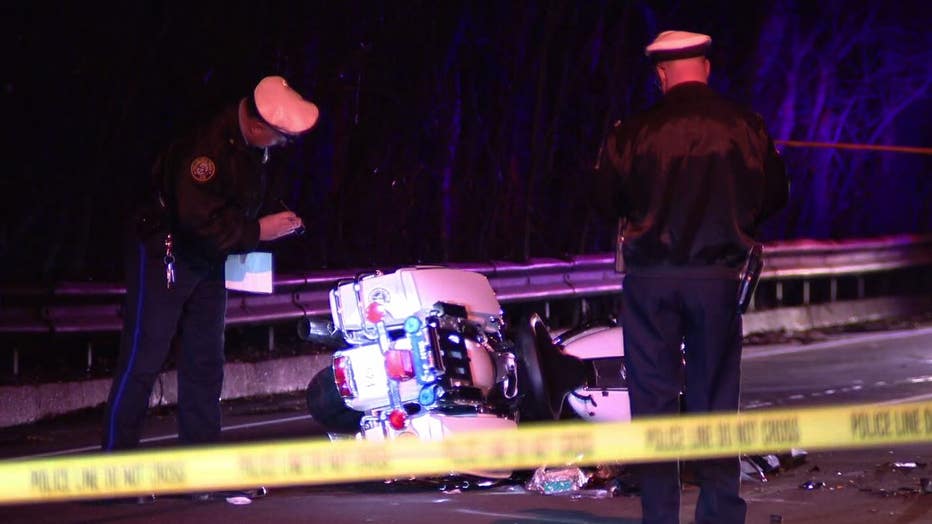