BRYN MAWR, Pa. - Philadelphia police officer Jesse Hartnett, who was wounded in an ambush shooting back in 2016, is gearing up with a 65-mile charity bike ride to help the families of fallen and injured first responders.

Jesse Hartnett looked at ease as he breezed through Haverford college's campus on his bike Tuesday. It's been a rough road back for the 37-year-old who was ambushed by a gunman claiming to be connected with ISIS  in January of 2016.

"Luckily, I was able to cover myself and shield prior to him taking the shots because it truly saved my life. The arm took everything," Hartnett told FOX 29.

Surveillance video captured the grisly scene, the gunman dressed in a white gown. According to police, the gunman unloaded 13 shots into the driver's side of the squad car, three hit him and one shot barely missed Hartnett's head. Even though he was wounded, Hartnett was still able to return fire.

The 9-year police veteran was hospitalized for two weeks. He had 11 operations over the course of a year. 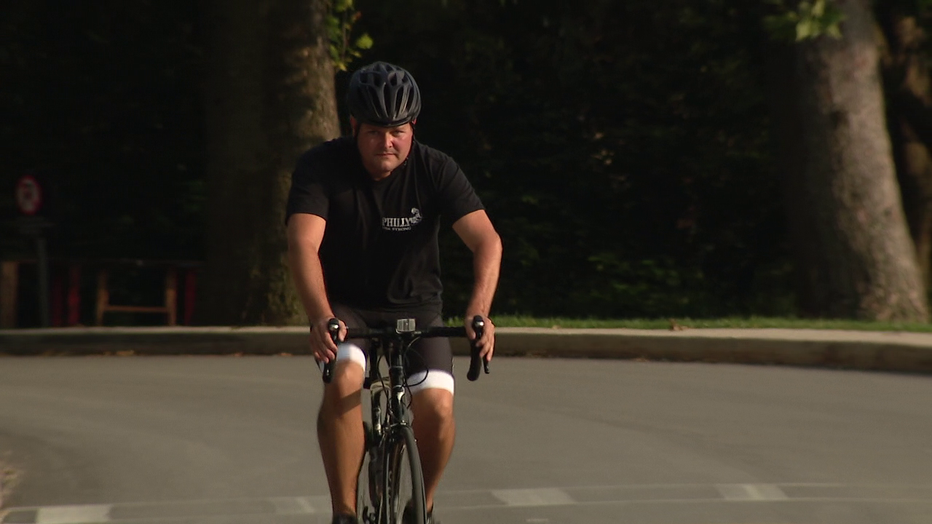 The Delaware County native thought life would return to normal. He went back to work on light duty last August despite pain from nerve damage. However, after talking to his doctors, he made the tough decision to medically retire in May from the job he loved.

"I have to live with it every day because physically I have limitations forever so it's not going away," Hartnett explained.

This husband and father is not letting the shooting defeat him or define him. Hartnett decided to participate in a 65-mile charity bike ride, 'The Ben to the Shore' ride, which helps the families of fallen or injured first responders.

"I came very close to death so I really grieve for those families, who do lose a loved one, and the serious injury, it's not quite the same, but you do lose a lot," he said.

Schmeer knew it would be a challenge because of Hartnett's lack of strength in his left arm. His team was able to customize a bike and had him riding in a week.

The ride is July 28th. Hartnett is hoping his team will raise $5,000 for this cause near and dear to his heart

"I wish I could give back more. I'd like to do as much as possible and just not stop," Hartnett said.