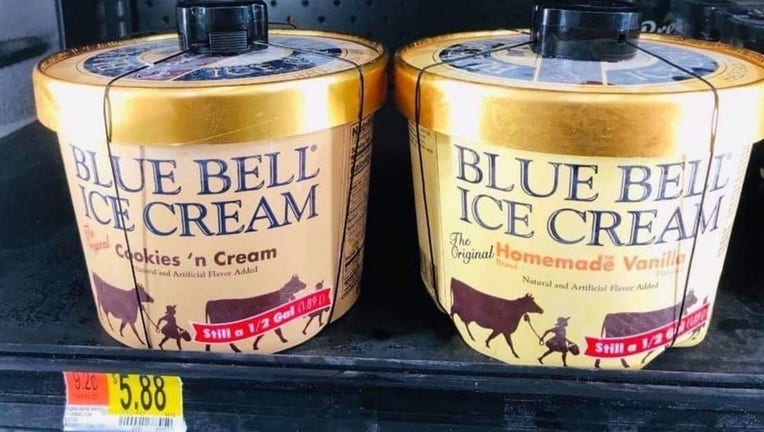 FULSHEAR, Texas - he Fulshear Police Department has found a solution to the ice cream licking issues Blue Bell has had as of recently.

In a new photo, the department shows the popular ice cream at the center of multiple incidents locked up.

After a girl was caught on camera in Lufkin, Texas licking a Blue Bell ice cream gallon, there have been copycats.