Police released surveillance video that shows a suspect wanted in connection with a burglary at a Popeyes in North Philadelphia.

PHILADELPHIA - Police are investigating a robbery at a North Philadelphia Popeyes that was caught on surveillance video.

According to police, the robbery happened on May 6 at the Popeyes restaurant located at 314 W Lehigh Avenue.

Authorities say a man pried open the restaurant's back door and took cash from both registers.

Video released by police shows the suspect dismantling the cash registered before carrying them out of the store.

Police say the suspect managed to take $200 before fleeing in an unknown direction.

Anyone with information on the robbery is urged to contact police at 215-686-8477 or submit an anonymous tip. 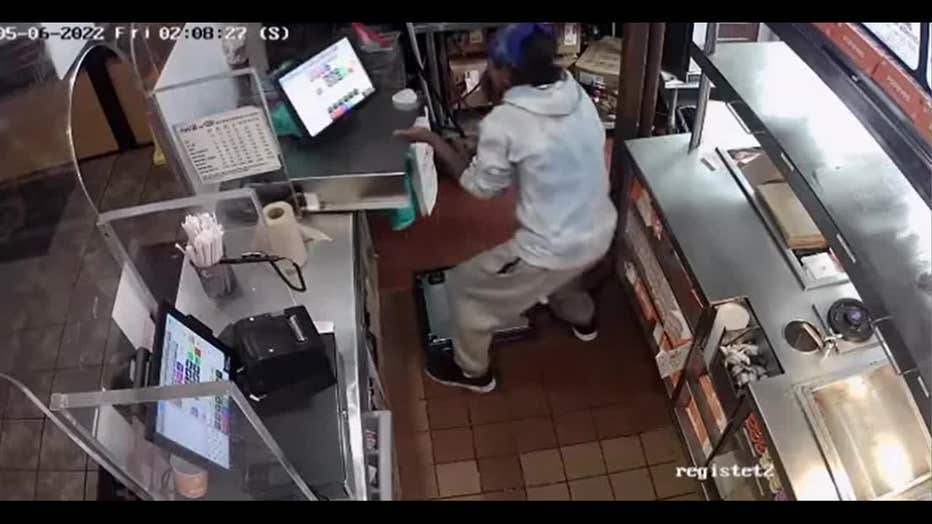 Police are searching for a suspect in connection with a robbery at a Popeyes in North Philadelphia.