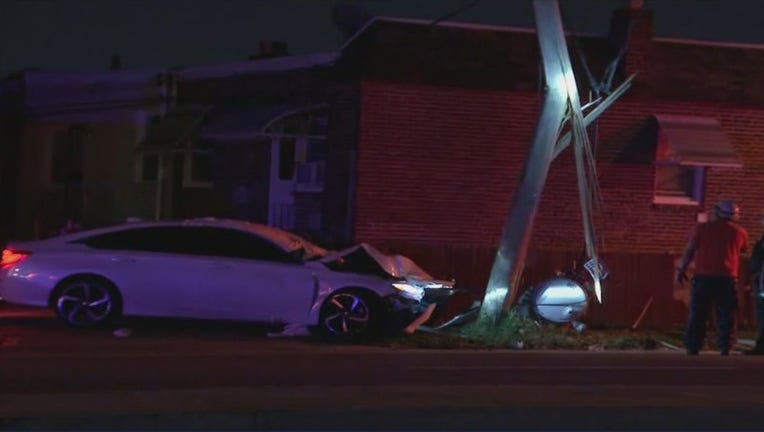 First responders found a 29-year-old man in the driver's seat of a vehicle that had slammed into a utility pole. The man was pronounced dead at the scene.

WISSINOMING - Authorities say a man is dead after his vehicle slammed into a utility pole and caught fire early Friday morning in Wissinoming.

Emergency crews responded to the 5700 block of Harbison Avenue just after 2 a.m. for reports of an accident.

Police say the 29-year-old victim slammed into a utility pole and tore down a live wire, which caused the car to catch fire. The man, whose identity has not been released, was pronounced dead at the scene.

A witness told police the vehicle jumped the median and drove into the northbound lanes before it hopped the curb and smashed into a utility pole.

The cause of the crash is still under investigation. No other injuries have been reported.