Authorities say a tractor-trailer burst into flames and a portion of the vehicle fell below an overpass.

WEST PHILADELPHIA - Authorities say a 19-year-old man is expected to be charged with vehicular homicide following a crash and tractor-trailer fire that claimed the life of a 54-year-old man.

According to officials, Zamir Abdul-Johnson-Selby was driving a stolen Toyota Yaris with two juvinile girls around 2:30 a.m. when he attempted to exit the Schuylkill Expressway at Girard Avenue.

Police say the speeding car overshot the exit and began to drive in reverse to navigate the turn. It was then, police say, the car ran into a tractor-trailer and spun into the far left lane.

Authorities say the tractor-trailer burst into flames and a portion of the vehicle fell below an overpass onto Sweetbriar Lane. Fresh produce being hauled in the trailer was seen scattered across the roadway below. 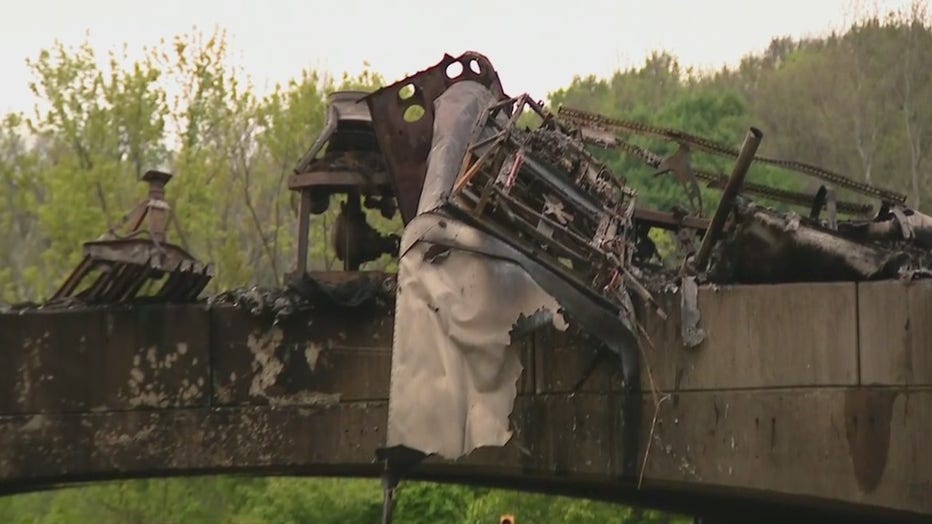 The torched and mangled remains of a tractor trailer involved in a deadly crash Wednesday morning.

The engulfed tractor-trailer reportedly took crews two hours to douse. The wreckage, investigation, and clean-up caused both lanes to close for an extended period of time.

State police say the 54-year-old truck driver was pronounced dead on the scene.

Authorities have charged the driver of the car with homicide by motor vehicle and related offenses.