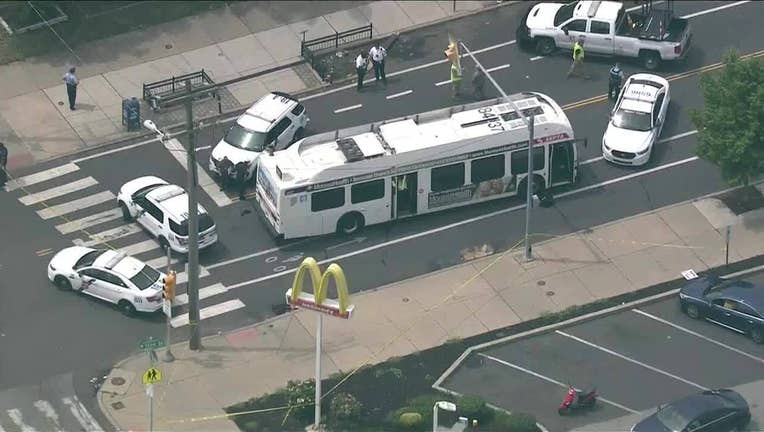 Police on the scene of a fatal pedestrian accident in West Philadelphia.

WEST PHILADELPHIA - One woman has died as a result of being struck by a SEPTA bus in West Philadelphia Monday morning.

According to officials, a 37-year-old woman was preparing to cross 56th Street at Vine Street just after 10:30 Monday morning.

As she began to make her way across the street, she was reportedly struck by a SEPTA bus traveling north on 56th Street.

Authorities say the woman was pronounced dead at the location after responding emergency crews arrived.