According to police, the shooter walked up to a home in the 2900 block of Valentine St. just before 3:30 a.m. and opened fire.

Both the child and 20-year-old victim were transported to the hospital, where 1-year-old Rory Norman later died. 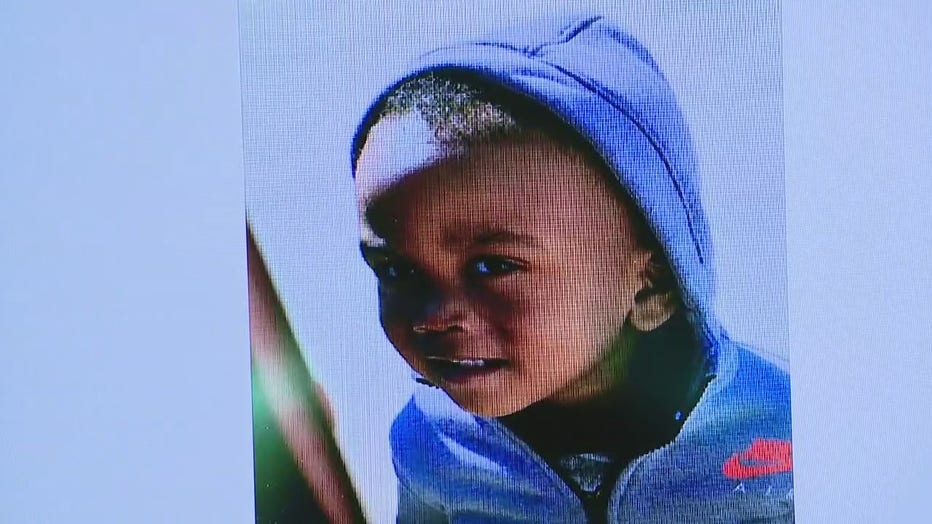 The 20-year-old victim, who police said was home from a local university for the holidays, is expected to survive at this time.

Dallas Police Chief Renee Hall held a press conference hours after the shooting, and didn't hold back when discussing this tragedy from "senseless gun violence."

"It's the scene of a baby dying. I don't know what that looks like to anyone else, but I know it's something you never want to see. Not only as a mother, but as a police chief," she said. "It happened on my watch, and I am angry. And this s*** has to stop in this city!"

Chief Hall said the 1-year-old's mother also has a 3-year-old child. It's unclear if the 3-year-old was inside the house at the time of the shooting.

Police said this shooting was "intentional" and "deliberate," and the home was targeted by the shooter. The intended target is not yet known.

The shooter entered the home through the side, by the bedrooms, and only fired into the bedrooms. The shooter used a rifle, and police said they knew the layout of the home.

Dallas police said their Homicide Response Team is on scene, and the suspect remains at-large.