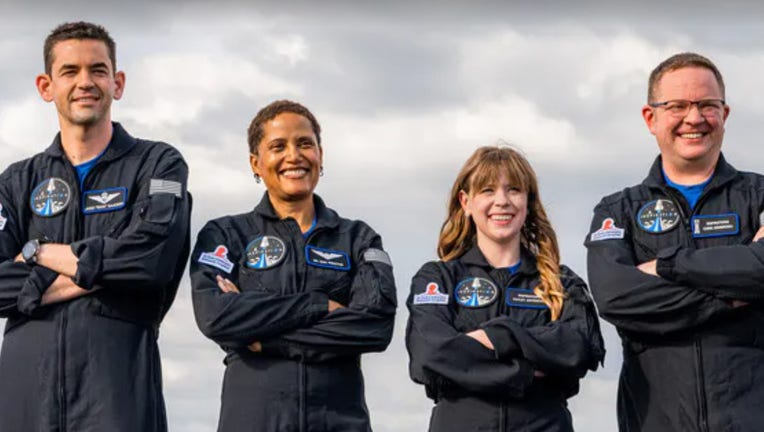 SpaceX has announced a targeted launch date for later this month for the world's first all-civilian spaceflight, which will orbit the Earth for three days.

Inspiration4 will launch on Sept. 15 from Launch Complex 39A at NASA's Kennedy Space Center in Florida, SpaceX said in a press release on Friday.

The Inspiration4 crew will board SpaceX's Falcon 9 rocket and Dragon capsule for a multi-day journey, orbiting Earth every 90 minutes along a customized flight path that will be carefully monitored by the aerospace company's mission control. Upon conclusion of the mission, Dragon will reenter Earth's atmosphere for a splashdown off the coast of Florida.

The spacecraft snapped 89 images of Venus from cameras on the craft’s Mercury Transfer Module.

Isaacman is the founder and CEO of Shift4 payments and an accomplished jet pilot who holds several world records including two Speed-Around-The-World flights in 2008 and 2009 that raised money and awareness for the Make-a-Wish Foundation.

He also has flown in over 100 airshows as part of the Black Diamond Jet Team, dedicating every performance to charitable causes, and co-founded what would become the world’s largest private air force, Draken International, to train pilots for the United States Armed Forces.

Proctor is a 51-year-old entrepreneur, educator and trained pilot. She was born in Guam, where her father was working at the NASA tracking station during the Apollo missions.

Arceneaux is a 29-year-old physician assistant at St. Jude Children’s Research Hospital, where she was a former patient who battled bone cancer at age 10.

The mission will raise funds and awareness for St. Jude Children’s Research Hospital.

A backup launch date was set for Sept. 16.