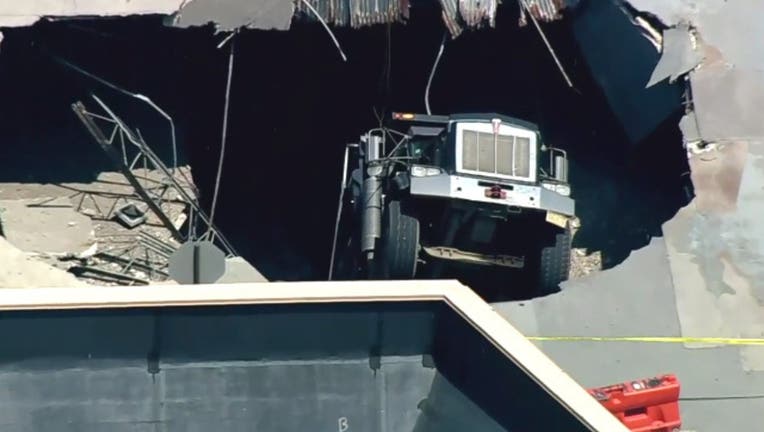 NORTH BERGEN, N.J. - Authorities say a truck has fallen through the upper level of a parking garage in northern New Jersey.

But no injuries have been reported.

The accident happened shortly before noon Wednesday at the parking facility on Tonnelle Avenue in North Bergen. It's not yet known what caused the collapse, but it didn't appear that any other vehicles had been damaged.

Video showed a large hole where the collapse occurred. The front end of the truck was seen in the hole, which had been cordoned off.

The collapse remains under investigation.