Oklahoma City, OK - A veteran with paralysis is now able to walk again thanks to an exoskeleton, according to the Oklahoma City Veterans Affairs Health Care System.

Army Veteran Johnnie Williams III suffered a spinal cord injury while he was deployed to Iraq, leaving him with paralysis. The veteran remained active after the injury, competing in sporting events, including the 2016 Rio Paralympic Games, local media reported.

Veterans Affairs (VA) previously shared footage of Williams when he began his training with Indego, a powered exoskeleton worn around the waist and legs that allows people with spinal cord injuries to walk. 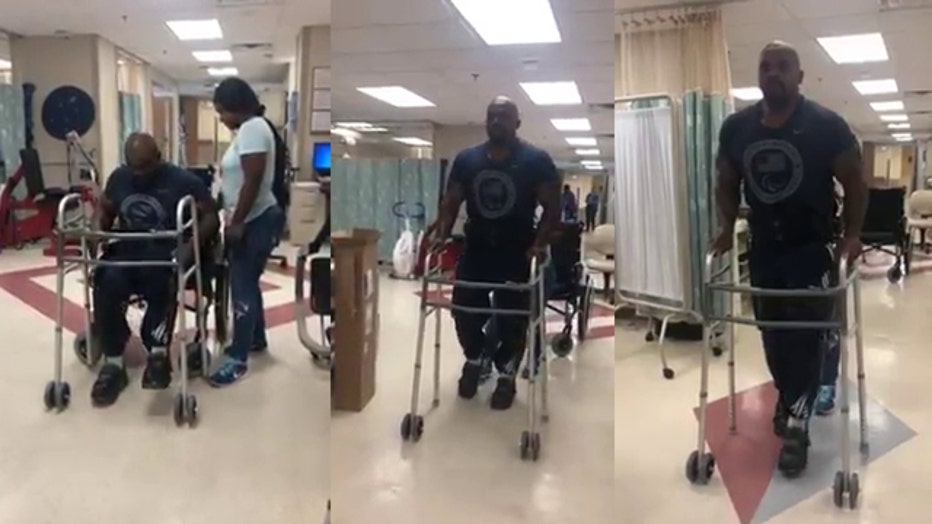 The VA health care system shared new footage on Friday of Williams walking with an exoskeleton.

"His wife Brandy has been by his side for support and cheering him on as he continues to complete all his goals to gain more independence for himself and his family," the health care system wrote on Facebook. "Veteran Williams passed his training and was approved to take the robotic devise home!"